The famed celebrity New York artist Marko Stout will bring the annual LIPS Film and Arts Festival to various venues in New York City this October. The ultra-hip LIPS festival is a celebration of the very best in international avant-garde and experimental films to downtown New York. 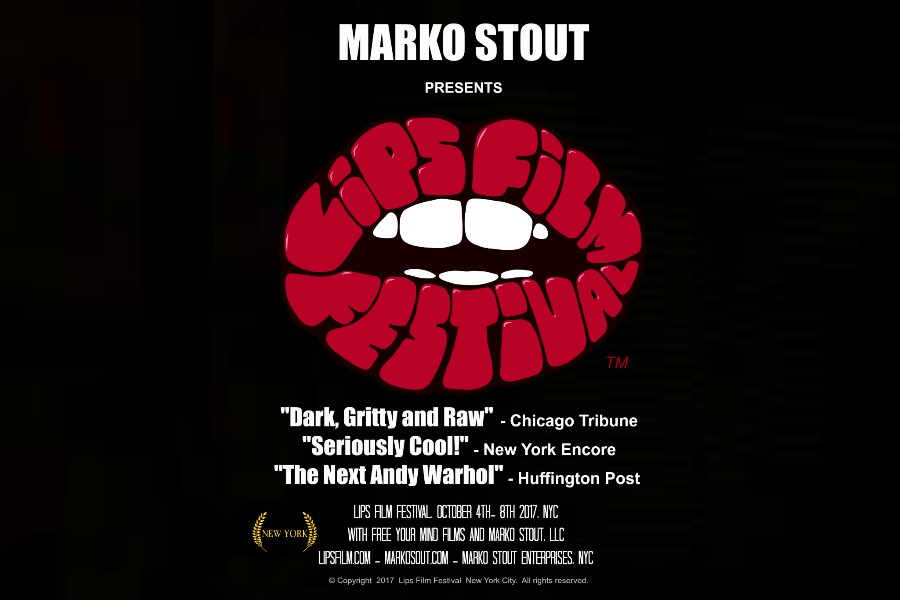 The Lips Festival will highlight the very best in local and international art shorts, with a few feature length productions. Film producers, writers and directors will also be attending the festival, as well as avant-grade artists and live performance works.

The art films presented in the program are typically a serious independent films for the cool art and film lovers market, rather than a general mass market audience. Will highlight films which are intended to be a serious artistic work, often experimental and not designed for mass appeal, films that are made primarily for aesthetic reasons rather than commercial profit- they usually contain “unconventional or highly symbolic content.  Films which have the qualities that mark them as different from mainstream Hollywood films- they can include:, a sense of social realism, an emphasis on the authorial expressiveness of the director and a focus on the thoughts, dreams, or motivations of characters, as opposed to the unfolding of a clear, goal-driven story.

The festival’s producer, Marko Stout has been referred to as “the next Andy Warhol” by many in the media, including the Huffington Post, BrooWaha and New York Magazine. However a recent article in the Chicago Tribune, quoted Stout as not too happy with the comparisons, “Many people are comparing me to Warhol, but I would like to say, I don’t follow anyone’s style, it’s my own- pure Marko Stout.”

The popular New York artist will produce and contribute to the financing of the annual 2017 Lips Film Festival in New York City. The event will take place October 4th through October 8th, 2017 at various location throughout New York City.  The venues and program details will be announced and posted on the festival website, LipsFilm.com early this spring.