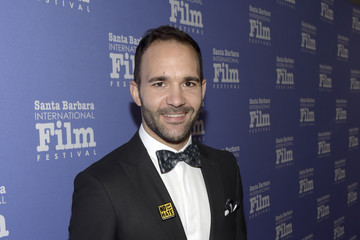 We always ask actors what advice they would give to newcomers or aspiring actors. Jesus Lloveras, the Spanish actor, had some interesting words on the matter. He told us that one must work very hard to become successful and you should always be curious. If you lose your ability to be curious and to ask questions then you have stopped learning and stopped moving forward. You should also be nice to people, he said. Being nice to others that you work with simply makes for a much more pleasant work experience but it also allows others to be nice – it gives them permission, so to speak. He said that the most important thing that he has learned in his years of acting was to enjoy the journey.

Jesus Lloveras is an actor’s actor. By that we mean that he can certainly portray any character he is given and he not only acts out that character but he becomes the character. He has gone through extensive training when he first began and studied with some of the best teachers and acting coaches in the world. He attended schools in New York City, Sidney, Australia and in London, among other places. He has learned from the best and now he has been showing the world what an actor really does when he gets a role and runs with it.

He has had leading roles in TV and Web series along with theatre productions. He has leading parts in countless short films and many feature-length movies. He has been cast in the feature film titled Lady of Guadalupe, which is a story that embodies a significant cultural as well as spiritual landmark of Mexican history.  He is also in the upcoming motion picture Fighting Sleep, which is an immensely riveting thriller that delves into the unprecedented world of insomnia directed by Minh Tuan Nguyen. Both projects are back to back so he will become extremely busy beginning this September.

Jesus has been lauded by critics and praised by audiences and has won best acting awards at international film festivals, most notably for his incredible and extraordinary performance in the lead role in the film Tercer Grado. He also appeared in the third season of Netflix’s most popular non-English series Money Heist. By most popular we mean just that: the most popular non-English language series that Netflix has ever produced.

He is very excited because the projects are amazing and beautiful stories, but totally different from one another. His characters are the complete opposite, so he will even have to change physically quite a lot when he begins shooting. Besides being nice to people and working hard, Jesus wanted to add that even though you are working very hard you must then work a little bit harder. If you can walk three miles then you can walk four miles. Push yourself because you may not get another chance to prove yourself.