It’s a well-known fact that one of the best ways any fledgling photographer can improve his or her skills when out and about in the field is to attend landscape photography courses run by those with life-long experience. But while there’s much to be said for taking one or two essential tips from the pros, there’s often nothing more beneficial that taking time to revisit some of the tried and tested basics that have for generations guaranteed the best possible results.

As is the case in most areas of life, making things more complicated than they need to be rarely brings any real benefit to anyone. Losing sight of the basics can lead even the best photographers down entirely the wrong path – many of whom forget how brilliantly valuable the simplest rules and guidelines can be.

A case-in-point example being the so-called golden hour, which as far as photography tips go is pretty much the cliché to end all clichés. But while it may be the kind of phrase that sends a cold shiver down the spines of those that are simply sick to the back teeth of hearing it, no photographer on Earth would deny the opportunities this glorious time of the day delivers. What’s often interesting to note about the golden hour however is how frequently it seems to be forgotten that there are in fact two each day – not just the one that occurs before dusk. So, if looking to go against the grain at least a little in order to avoid the usual cliché, why not try showing preference to the post-dawn golden hour instead? 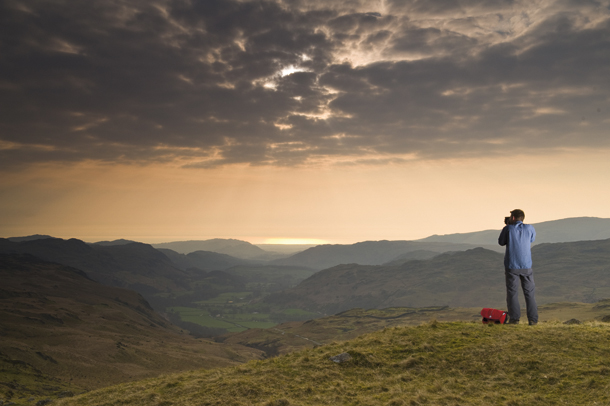 If you were to try and tell any professional photographer of the importance of a sturdy tripod, chances are you’d be greeted with a scowl and that “Do I look like an idiot?” look…which is always charming. The thing is though, the frequency with which potentially great shots are ruined by nothing more than wobbly tripods proves that it’s a point that’s very much worth stressing repeatedly. Not all tripods are cut from the same cloth and you can’t expect to deliver the goods every time if you cheap out on this essential hardware – regardless of how great your camera may be.

One of the most important rules of all when it comes to successful landscape photography is that of making sure you find yourself a focal point and use it. The reason being that even when every last inch of a capture image is more stunning that the last, those looking at it will find themselves instinctively unable to focus their attention on its key elements. It doesn’t really matter what the focal point is – it can be anything from a piece of wood to a tree to an old build or a boat or really anything else – but in the overwhelming majority of cases your landscape shots will be truly brought to life with a focal point. Of course, positioning the focal point correctly also plays a role, but this is something you can play around with to your heart’s desire.

Newcomers looking to take their first steps away from amateur hour in the direction of sublime landscape shots will almost always be advised to follow the ‘rule of thirds’. Roughly summarised, this a long-standing landscape photography theory whereby the frame itself is split into a total of nine equally sized areas by way of two vertical and two horizontal lines. By doing so, you end up with a good visual guide for placing horizons and also a series of intersecting points which are often the best areas in which to position your shot’s focal points.

Stray Off the Beaten Path

When you head out into the wild, chances are there will be a fair few obvious places to head to that promise great shots…ignore them. Why? Well, quite simply because a million other photographers will be gunning for the same shots as you which means that even if you do capture something awesome, it won’t be even remotely unique or even rare.

Last but not least, if you’re gunning for one specific shot and it’s becoming clear that you’ll be waiting a while before the lighting or weather conditions make it happen, use the opportunity to explore the nearby area for any other opportunities that may have slipped you by. After all, you never know what wonders may await just a few steps from where you’re standing right now!