She stars in the NOW26 comedy series, Woon-Rak-Pol-Puk-Tung-Tua 2” (The Startup 2). Production has just finished shooting the first season and its success and feedback has demanded a second season. not too long ago, NOW26 has to rush on to another season.

Ingkarat celebrates her starring role in Wiwek & Skrillex’s debut short film, Still In The Cage. The film is Written & directed by Jodeb and scored by Wiwek’s ‘Free and Rebellious EP’. Still In The Cage is a “dark adventure drama”, set in Bangkok. The premiere was held on Aug. 17, 2016 at The Theatre at Ace Hotel DTLA in Los Angeles. Following  screening, an afterparty hosted by the two DJs. Set in Bangkok, the film charts a dark, existential narrative, follows a group of friends as they leave the city in search of a mythical community along the river. Ingkarat states this film is the favorite role to play, “It’s a new era where female gets to be so strong and confident. We can do whatever we want to do, and feel as strong as we want not just how the whole world wants us to be.”

While promoting, Still In The Cage, Ingkarat was featured in the Thai magazine Robbers. She is introduced as a ‘mega’ or ‘mega babe’. “Kat is a Thai girl with tan skin. Kat has a strong Instagram following. Kat has a good exercise habits, or gym, or run at the beach, and even golfing. She’s a perfect fit girl you’ll ever find.” 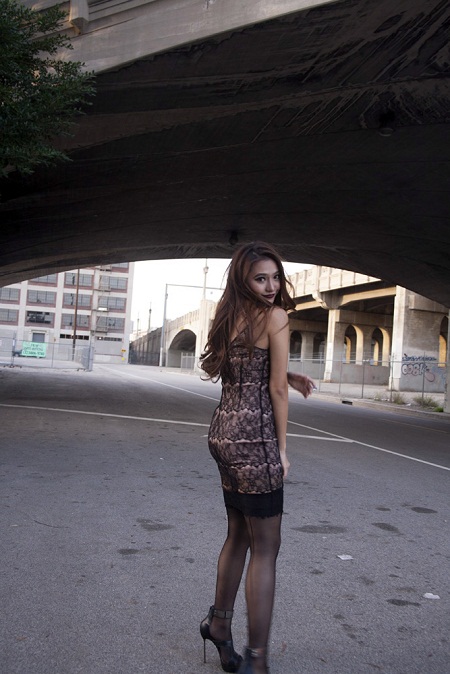 At siamdara.com, Ingkarat is featured as ‘Pretty Hot Kat”. Kat stars in a new TV show, Rak-tae-kong-nai-tuek. “She’s starring in and she’s definitely killing it”.

Ingkarat stars in The Black Cupid, aTV series produced by Chandra 25 Co. Ltd., owned by Dang Surang Premprit in cooperation with Exact and Scenario. Pong –  Nawat Kulrattanarak, and Mo – Monchanok Saengchaipiangpen to take the roles as main actors in the TV series, which contains romantic scenes to entertain viewers. The series airs on Channel 5 every Wed – Thu 8.10pm.

Ingkarat stars in the film, “Attrition”, starring Steven Seagal, Rudy Youngblood (who was cast in the Oscar nominated film Apocalypto from Mel Gibson).

The film shot in Bangkok and just wrapped filming Aug 16th, 2017. Attrition is Ingkarat’s first action film. She stars as Yinying in a stylish thriller with extraordinary martial arts fights. Ingkarat is proud of the film where women are empowered and fight in wars alongside the men. Yinying becomes a police officer in the film. “It’s the new era where women can learn to be stronger and even more confident than ever.”