“I liked real stunts. That why I wanted to be a stuntman.”

Training has been a big part of Jean’s success. Initially, Jean’s foundation was built from sport. With natural athleticism, Jean tested his comfort zone by practicing fight sequences and jumping from buildings. Jean then added choreography and wrote out scenes and put them on camera. Jean was trained since youth in judo and boxing. Jean’s skills include BMX racing, wake-boarding, skydiving, motocross and rollerskating. 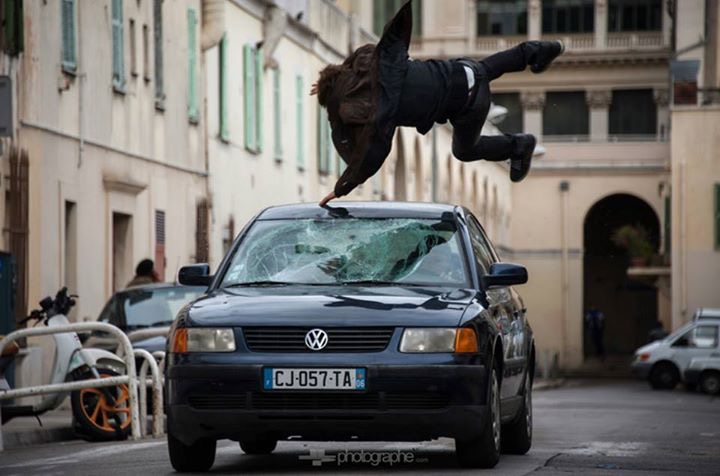 Jean’s favorite role of his career is his work on 007 Spectre.

“My dream was to work in a James Bond film.”

Jean is most proud of his work in the Scott Eastwood film, Overdrive. In the film’s opening sequence, Jean doubled as Eastwood’s character, Andrew. He was required to be suspended by his ankle with a rope, fall onto the edge of a roof and surf onto a truck.

Up next, Jean appears in Mission Impossible 6, with Tom Cruise. His advice to aspiring stuntmen and filmmakers, “Believe that everything is possible if they train and trust themselves”