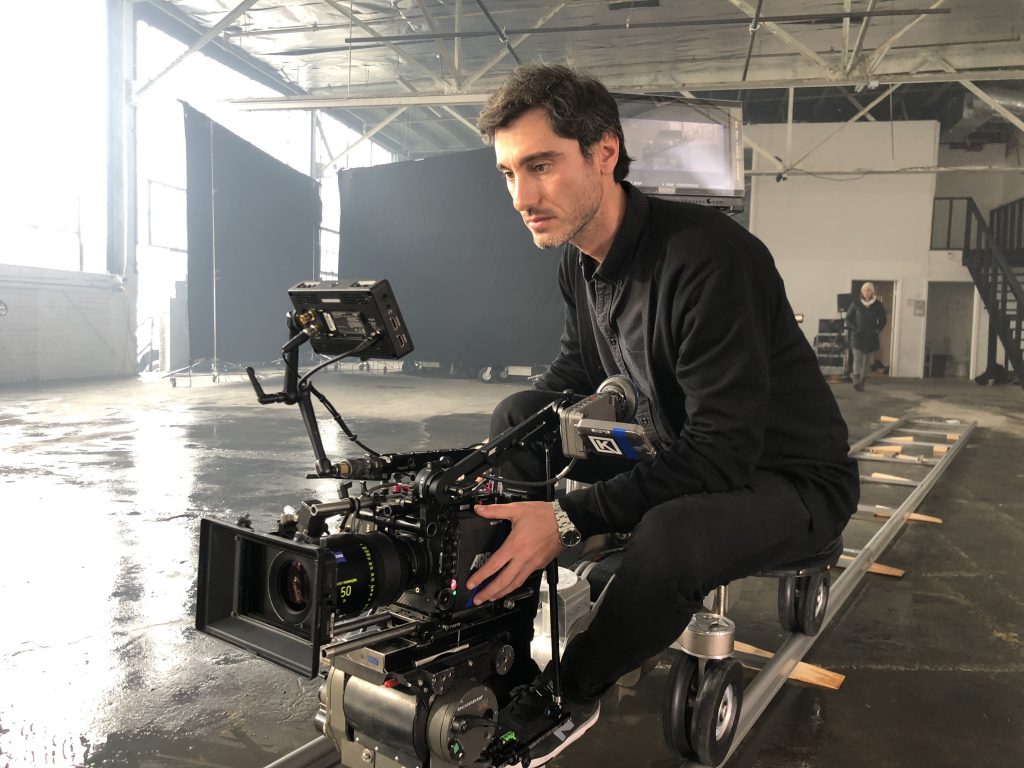 It’s so easy to say that filmmakers, especially directors, have it made and they don’t have to do any real work. Well, that’s simply just not so. We were lucky enough to be able to watch Alberto Accettulli, the Italian director, shoot the amazing global campaign for Jeep. He was gracious enough to even spare us a few minutes in his truly busy seven shooting days in which he shot ten commercials to talk with us for a few minutes.

He told us that many times what you see on the screen, the finished commercial or movie that is, really takes a great deal of hard work from every member of the film crew. The director, he told us, has to do his homework each night before the camera is even set up on whatever location they may be shooting. Everything has to be mapped out, so to speak, and storyboarded to guarantee that shooting time is used wisely and efficiently. For example, when he was working on the Jeep campaign, he only had seven days in which to shoot the film he needed to edit for the commercials. That meant that when he was shooting on a dry lakebed that he and the cinematographer had to plan for the naturally occurring dust to come off the surface of the lake bed and possibly spoil or disrupt the shot. They had to plan it out in a way that would allow them to take the least amount of shots for the time scheduled to make sure they came in on budget and on schedule. So, they used a drone and a Russian arm, which is a special camera crane attached to the top of the car. The shot came out beautifully and they ended up with great footage.

Alberto also wanted to shoot the Jeeps at sunset, which is known as the Golden hour. The lighting at that time of day is quite dramatic and usually adds a whole new dimension of aesthetics to an otherwise ordinary shot. Shooting at sunset, however, creates its own set of problems such as time limitations: sunset only lasts for a few minutes so one must be 110% prepared with how the shot is going to go because the next sunset is 24 hours away and that means time and money.

Some projects are more challenging than others. Alberto is always committed to getting every shot that is scheduled but he has to deal with actors, the choreography of car movements and among other things, keeping everyone happy including the crew, the actors, the producers, the ad agency and the maker of the product that is being highlighted. Cameras can fail, actors can forget their lines or where they should stand, clouds can hover and block the sun and a hundred other things can go wrong that can slow down the production and cost more money. The director has to sort all these things out and get the shot. It’s a difficult job but someone has to do it.

Alberto had to deal with and plan for unwanted traffic, heavy rain, high force winds and the hot desert sun beating down on him, the Jeeps and the crew. Everything is planning he told us. And when things are planned out properly, the job looks easy.