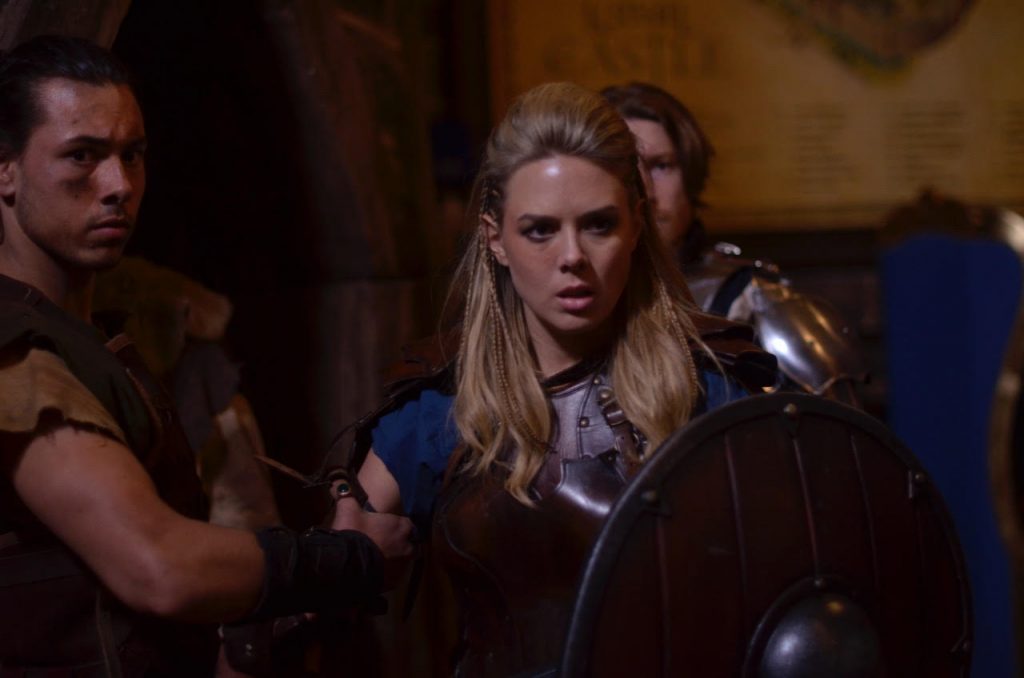 Kahli Williams rose to celebrity status with the help of her performance as Simone Bader on the iconic Australian television series, ’Neighbours’. The Lilydale native has leveraged her household name fame and movie star looks for a leading role in the feature film, ‘The Siege of Robin Hood’.

Directed by Stuart Stanton, ‘The Siege of Robin Hood’, tells the story of the hero of Nottingham with a fresh lens – adventure, comedy, action and romance. To portray the role of Freyda, Kahli studied fight training with Paul Andreovski, action director of Jackie Chan’s fight team.

“I’m so excited for you to see this film! It is something far more epic than we ever thought possible … Medieval costumes, crazy fight scenes with amazing stunt artists and some brilliant performances by talented actors.”

‘The Siege of Robin Hood’ affirms Kahli’s childhood ambition of being “drawn to playing real people in desperate and messy situations, so I’ve always been attracted to the grit and the dirt as well.”

The film follows breathtaking performances as Claire in the 2017 internationally acclaimed film, ‘Blood Hunt’, television performances on ABC series, ‘The Doctor Blake Mysteries’, and ‘Worst Year of My Life, Again.’

2019 promises to be a breakout year for Kahli Williams. In addition to the release of “The Siege of Robin Hood’, Kahli stars in the anticipated film, ‘The Proposal’, that recently premiered in Sitges Film Festival in Spain, to critical acclaim, and broadens her medium and celebrates her craft behind the camera as a screenwriter with several projects in development.