Manchester United. An institution that has been for the most part of the 2013/14 football season, under attack. Holding United and specifically, Davis Moyes every move beneath a microscope, is of course ridiculous. But we live in a time where patience and all too frequently, rational thought are very much out of vogue.

Of course, it is easy to accuse those attempting to provide a reasoned analysis as being apologists, but had the short termism that exists in football today been as rife in the ’60’s and ’70’s, it’s arguable that some of the most well known and respected managers of the modern age would have been fired before they had an opportunity to achieve anything of note.

Robin Van Persie spoke common sense in relation to his sides’ mixed fortunes so far when speaking to the BBC:

“Moyes needs time, he’s new. The manager is our leading man and he will change things around. We lost too many points this year, but we are doing everything we can to change that.

We are used to winning. If you win, it’s a normal day at the office. After the Community Shield win, none of the players really celebrated, or played music, as it was the way things were.”

So that’s the Barclays Premier League, but what of the Red Devils in Europe? Well, the good news is, that things are far rosier abroad.

The 19th of March will see Manchester United vs Olympiacos in their second leg game of the Champions League Round of 16. The visitors will be no pushover, they may not have won their group as United did, but they are a determined outfit, all the same. This will be a massive game for all concerned.

Manchester United remain unbeaten in the tournament a good indicator of the strength of their campaign was beating Bayer Leverkusen both home and away. But the concern has to be, will the crack appearing in their domestic form begin to creep into their foreign results? One significant area of angst is the midfield.

The frequent absence of cohesion and bite has placed the greatest burden of responsibility upon the shoulders of Michael Carrick and Wayne Rooney. If United are to make genuine progression in any competition, then it will only be if the whole team can achieve the same levels of commitment and mental strength.

United are not the only English sides featuring in Europe’s top flight tournament. Chelsea, Manchester City and Arsenal have also made it through to the last 16 of the Champions League.

Whilst David Moyes’ focus is bound to be upon his own business, comparisons amongst the English outfits are bound to be made. Will United be able to “keep up with the Jones’?” CL game seats in 2014 will be literally be like hot cakes. To make life simple, you should source your tickets here and avoid the usual time wasting and such.

The Champions League has quite rightly earned its position as the premier club tournament. Even in the early stages of the competition it is nigh on impossible to identify games that lack appeal. Now we are into the last 16, the interest will only intensify.

The FA Cup and League Cups in particular, have suffered as a result. Of course they are trophies with incredible heritage and tradition, the the luster has worn a little. The Europa Cup has become a grueling marathon, frequently seen as an opportunity to be rewarded with only fatigue and injury.

Manchester United need to do well here, a continued good run in Europe will aid morale as well as remind the opposition that Old Trafford is still a venue to be treated with respect. 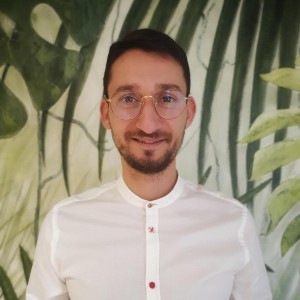 What to Expect From the Premier League In 2019