You’ve jumped out of a plane before, and scoffed at those who wouldn’t paddle out in triple-overhead surf. You’ve tried all the ‘extreme’ sports commonly found in the media and advertisements; you’re looking for a sport a bit ‘out of the box,’ chosen and attempted by a select few.

Do you have what it takes to try (aside from eventually mastering) the following extreme sports? Feel the fear and thrill build in the pit of your stomach as you imagine taking part in the following obscure and equally extreme activities.

Skating had its day, enjoying popularity in the seventies and eighties, before an eventual all-around decline marred the sport’s allure. However, some young people in India have galvanized the sport; but, the new iteration introduces an old question: how low can you go?

Skating in rinks and traversing down streets has been done by thousands if not millions, yet not many people have ducked underneath cars while doing it. Do you need an increased challenge, raising the bar on roller-skating? You just found it. The best in the world can skate under twenty and more cars in succession; could you?

Children see how long they can hold their breath underwater for play; for sport, grown adults, some professional divers, like to play underwater hockey, a game originated by divers who needed a method of staying in shape out of season.

The game is equally as grueling, though compared to ice hockey, a lot slower with minimal player-to-player contact. Considering it’s played at the bottom of Olympic-sized pools, with players hosting only snorkels, not oxygen tanks, how well one can hold their breath for long periods of time is integral.

After an active volcano erupts, the awe is not over; a number of boarders, with plywood-made boards in hand, traverse up the volcano and down the ashy front, sometimes exceeding speeds of 50 mph. Does that sound appealing? You may want to consider extreme sports insurance.

If one can take the extreme speeds, they will have to navigate around clumps of ash, holes in the face, avoiding the potential of falling completely off. Traditional water surfers and street skaters gravitate toward the sport, but they’re not recognizably dressed for the occasion, donning goggles, protective suits, and thick gloves.

In several areas of Europe, one may notice mopeds and other varieties of motor bikes. However, visit rural areas, featuring large masses of sand, forest, and barren land, and you’ll find motocross riders using top speeds to zip through obstacles or soar to mindboggling heights.

Running through obstacles poses a problem; mountain biking, increasing speeds, raises difficulty and excitement levels; but, riding a motorized vehicle through unexpected terrain leaves riders susceptible to injury and immense rushes of adrenaline. Moreover, those bored with land and interested in skies, leverage ramps to raise themselves with bikes in tow to heights equal to city-sized buildings.

How extreme are you? Are you brave enough to attempt the addressed sports? In a world constantly changing the definition of ‘sport’ and ‘extreme,’ enthusiasts use land, water, and sky in unique and amazing ways.

Alice Aires is an avid sportsman. She loves writing about her passion for extreme sports on sporting and adventure blogs. 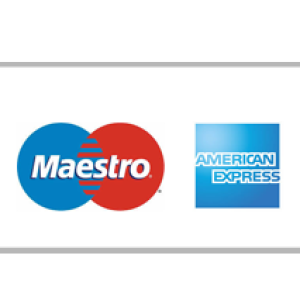