How many actors really ever get “discovered?” We’ve all heard stories about people in drug stores or waiting for a bus or standing in line at the movie theatre getting noticed by and then offered an audition by a producer or director. Those kinds of magical events actually do happen but just not that often. It did happen to Manuel Soro, the Italian actor who currently lives and is a working actor in Los Angeles. 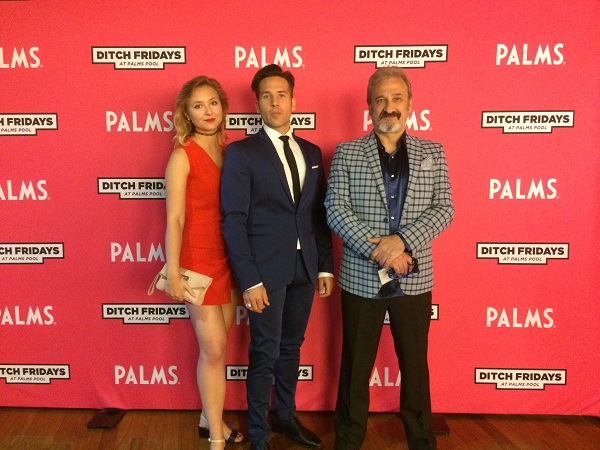 Manuel has done a lot of things in his life and being discovered by a film director in his travels was one of the most remarkable of all of them. He had been living in London for several years and was in the middle of taking a year off and traveling around the world when he met a New Zealand film director who was shooting a short film called Spanish Diamonds and saw something unique in Manuel and approached him. After introducing himself the director offered him and audition and Manuel got the lead role.

Manuel told us later that he had only planned to be away for four days but ended up making the film and staying a month and a half. That, of course, changed everything for him. He knew deep down all along that he had always wanted to be an actor but he could never commit to it because of his other jobs. He was a bar tender in London, but not just any bar tender. He was one of the best mixologists in that cosmopolitan royal city and he even earned the title of Best Bartender in England at one point. He did that through participating in many competitions in front of large audiences including appearing on TV.

After shooting Spanish Diamonds, Manuel hit the road to finish up his world tour. His acting experience was still fresh in his mind when he headed back to London and that’s where he decided to completely change his life and do what he felt was meant to do: be a professional actor. Once he made up his mind he applied to the prestigious Stella Adler Academy of Acting in Los Angeles and received a full scholarship. He threw himself into the intense classes, earned his acting degree and has been acting ever since.