We caught up with busy actress Giannina Esquivel to find out about her latest projects and some of her favorite roles. Here is what she had to say:

Hi Giannina, its great meeting you. Tell us how you first got into the entertainment industry:

I am currently residing in Los Angeles. My first experiences with performing started when I was very young; I began as I imagine many other actors have as well: with a strong fascination with camcorders! I was making small home movies and television shows by the time I was 10, and somehow knew even back then that it would be a dream to get to continue doing it the rest of my life. Once I attended boarding school in Connecticut at 15, I went to my first drama class and my fate was sealed. Ever since, no matter what other subjects I endeavored to focus on, I always came back to acting. The joy of it haunted me continuously until I finally took the plunge to commit myself to it professionally.

What were some of your inspirations growing up?

I grew up seeing the masterpieces of cinema. My parents were incredibly special in the sense that they shared films with us as children that they felt were relevant to film history and to humanity in general. One of my early memories is getting to see “Doctor Zhivago” and “Empire of the Sun” back to back on a day when I was home sick from school. These were films that fed my love of cinema that has endured to this day; the opportunity to tell stories about people that might have never been seen otherwise has always seemed like the greatest privilege. I left Costa Rica for Los Angeles because I wanted to be in the hub of it all, to be around the very people that made the films I love. What better way to learn and to be inspired? 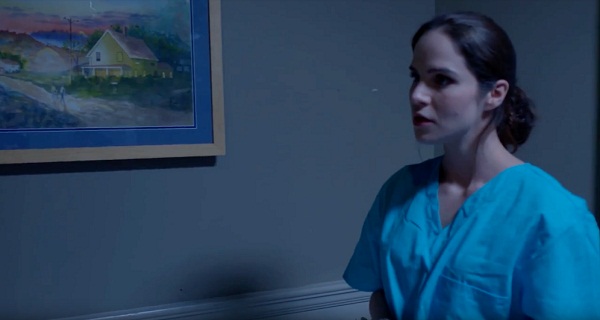 What kind of training have you had, if any?

I started training ever since boarding school, where I was always involved in the drama productions and classes, and even went to LA for a summer for the NYFA acting program. I graduated from Swarthmore College with a major in Theatre, and during my time there also attended the BADA Midsummer in Oxford program in Oxford, England. But my most immersive training was at the Stella Adler Academy of Acting here in LA. I completed the two-year intensive program, and learned more in my time there than I ever could have imagined.

What has been one of your favorite roles to film so far?

It can be difficult sometimes to define my “favorite role”, because there is always a difference between the most enjoyable role, and the most challenging but ultimately rewarding role. Nostalgia also plays a part in it when I look back at the characters I’ve played. For instance, purely for nostalgic reasons, I loved playing Yelena in Anton Chekhov’s “Uncle Vanya”. It was at college and it was my first real exposure to Chekhov’s writing, which I instantly fell in love with. The spaces left between the words the characters say leave so much up to interpretation, so much room to play, that it felt like the first in depth analysis of a character and circumstances I’d ever really done. As far as the most challenging and enriching role goes, I’d have to say Blanche DuBois in “A Streetcar Named Desire” by Tennessee Williams, which probably comes as no surprise to anyone who’s familiar with the play. I worked tirelessly to dive into Blanche’s life, but there is so much to pick apart, so much to try and understand, that I think it only left me with more questions. She is one of those characters that you can work on forever.

What has been one of the biggest highlights/achievements of your career so far?

The Costa Rican film I was in, “Insomnio”, premiered in San Jose just this past October. It had been stuck in post-production for several years and was the first time I had worked on film. Getting to finally see the finished product and having it be in my native language Spanish and premiering in my native country filled me with so much pride. The Costa Rican film industry is still in its early stages despite some truly incredible work by Costa Rican filmmakers in recent years, and to feel like I could be a part of it’s growth was such a joy. Hopefully someday I can continue to collaborate with the artists there and continue to bring attention to this tiny country’s film industry.

What projects do you have coming up?

I have several short films in post-production that will be released this year and submitted to film festivals, and am currently working on a pilot for a new TV show. Stay tuned! Also, I am  playing the Black Dahlia in Mysteries of the Unexplained, premiering in April, or the short films Listen and Guardian, both being released this year, or maybe a mention of being on You’re the Worst on FX or Westworld season 2 on HBO. I’m also preparing for a tv show called Luna.

There are so many women working in film and television today that I admire and would love to work with someday. Female directors like Ava DuVernay, Nancy Myers, Greta Gerwig, Dee Rees and Kathryn Bigelow, female show runners like Issa Rae and Amy Sherman-Palladino, and actors like Nicole Kidman, Laura Linney, Jessica Chastain, Lupita Nyongo, Carey Mulligan, Keira Knightley, Viola Davis, and Cate Blanchett; I mean, the list for me is endless, I could keep going. I have such a strong respect for the women working in this industry, and see so much excellence in the work they produce. They have set the bar high for all of us.

What are your plans for the future?

My future plans involve only staying in LA and continuing to work hard. Nothing is achieved here without hard work, discipline and perhaps a drop of luck. Simply being a working actor in Los Angeles is a blessing and I treat it as such.

What is your best piece of advice for aspiring artists?

(Laughs) My advice to aspiring performers is exactly what I just mentioned: be prepared to work diligently, and to keep an open mind, open to all the different learning opportunities that life has to offer. Sometimes the key to a character or the solution to a problem can come from the most unlikely source.The moment we set aside our ego and learn to listen is an important one for actors.