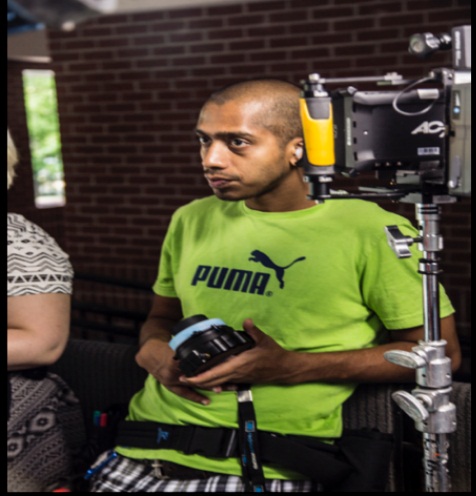 Wouldn’t it be easier to just stay at home where your family and friends are than to go out into the world and make a name and career for yourself? This is not a rhetorical question – you need to answer it right now. For some people staying home in the town you were raised in might be the most comfortable way to go – but then they generally don’t have very exciting lives, do they? That was a rhetorical question – no answer required.

Sharath Chandra could have stayed in India, where he was born, and not had to struggle in the least to make a career for himself. There was a place for him to work and his future could have been just like every other person in the world who has done that – quite boring. Instead, Sharath got on a plane and flew to the Philippines and studied filmmaking at the famous International Academy of Film & Television. He worked on a number of films there and he could have stayed in those beautiful islands and had a comfortable life for himself but he chose, once again, to take the road less traveled and hopped on another plane and landed in Los Angeles.

He enrolled in the New York Film Academy, learned even more about filmmaking and the movie business and has been working professionally in Hollywood ever since. Even though he is a camera operator nowadays, Sharath was the focus puller on several films, which is part of being an Assistant Camera person’s job. That position requires a great deal of patience and even more awareness of what’s going on around you. If the camera is on a dolly (a wheeled mechanism that holds the camera and allows it to move forward or backward) then Sharath would have to either walk along side the camera or ride on the dolly, all the while keeping his fingers on the lens of the camera to turn it at just the right moment so something moves out of focus while another thing or person comes into focus. As the camera operator he is constantly behind the camera looking through the lens and controlling the entire camera’s movements.

Sharath worked on Shake off The World, a successful feature about a high school football player starring Bruce Dern and Peter Fonda. And he has contributed to many other successful motion pictures since then. Who wants to stay at home when they could be right in the middle of the world’s film industry? That was another rhetorical question, in case you’re wondering.