Greece is a beautiful country, inhabited by incredibly hospitable people. Its history is stunning. We are talking about the cradle of European civilization, home to Leonidas, Pericles, Socrates and Alexander the Great, and the political and cultural center of the mighty Byzantine Empire.

Every stone here has a story to tell. However, what makes Greece a jewel of Mediterranean, and a real Rockstar among the European tourist locations are its beaches. And believe me, with 6,000 islands, and 8,498 miles of beautiful seacoast, this small Balkan state has a lot to offer.

As a matter of fact, maybe too much. A newcomer could easily get lost. Let us take a look at some of the most breathtaking Greek beaches that can serve as a perfect starting point for your Hellenic adventure. 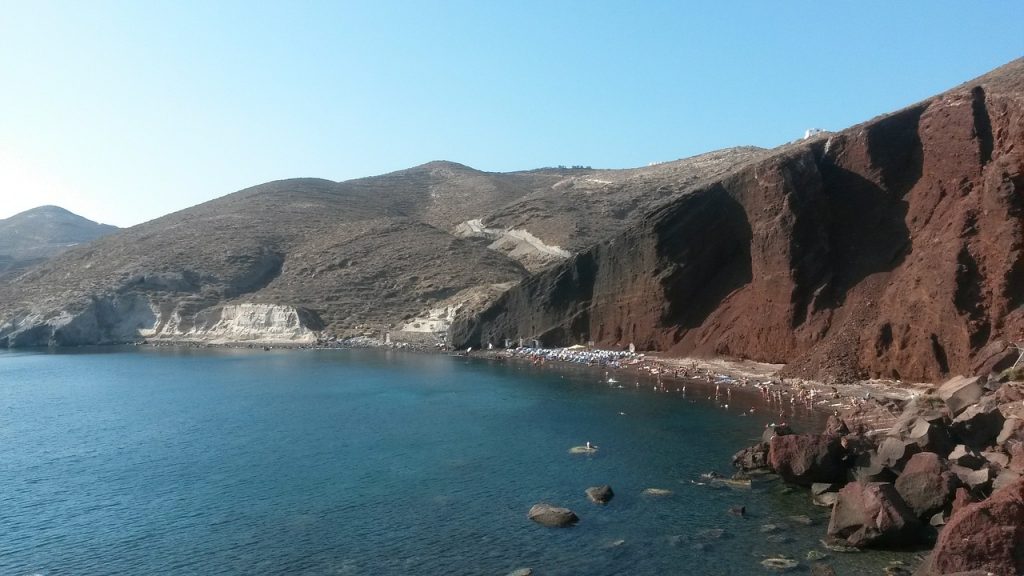 In the country of extraordinary tourist offer, Santorini stands as one of the most popular destinations, and deservedly so. With its bright white houses, narrow streets and stunning sunsets, the traditional village of Oia goes as Greek as it gets. But, we are here to talk about the Red Beach. Why Red Beach you might ask?

Well, the name comes from the reddish volcanic cliffs and reddish volcanic sand that create a perfect backdrop for one of the most enjoyable beach experiences you’ll get in your life. Nearby excavation site of Akrotiri offers something to history buffs and the abundant sea life grants an excellent snorkeling experience. There’s something for everyone.

Zakynthos may be the third largest island in the Ionian Sea, but, without any doubt, we are talking about the true powerhouse tourist performer. During its long history, the island was ruled by Ancient Greeks, Byzantines, Venetians, Turks, French, and Brits, and boy, does it show. History buffs are in for a blast.

As for the beaches, I have to give the special shout-out to Navagio Beach. Hidden behind the beautiful limestone cliffs, this secluded piece of heaven presents a perfect combination of soft, white sand, and crystal-clear turquoise sea. Also, because of the smuggler ship that got stranded here back in 1980 (the shipwreck is still there), Navagio Beach is also referred to as “Smugglers Cove.” If you are into the whole “pirate thing” this is definitely the place to go. 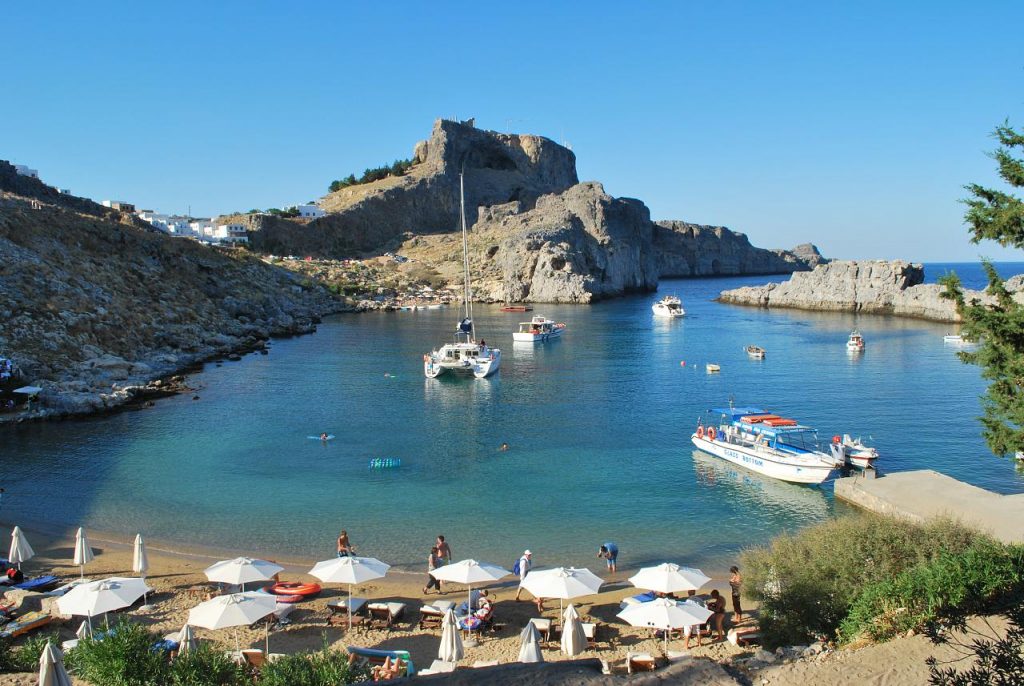 Rhodes is the island where history meets the legends. You’ve all probably heard about the mighty Colossus that once guarded the approach to the island. You have also heard about the Knights of Rhodes and their mighty citadel. But did you know that St Paul himself visited the island?

Yes, according to the local legend, the Apostle visited Rhodes in 51AD, and it just so happens that the first place he set foot on is one of the most beautiful places on the entire island. Today, St Paul’s Bay (or how the locals call it Agios Pavlos) is home to two charming beaches, lovely cafes and a couple of interesting restaurants. St Paul’s Bay is also one of the most popular wedding locations in Greece, so if you are planning to tie the knot, this just might be the place for you. 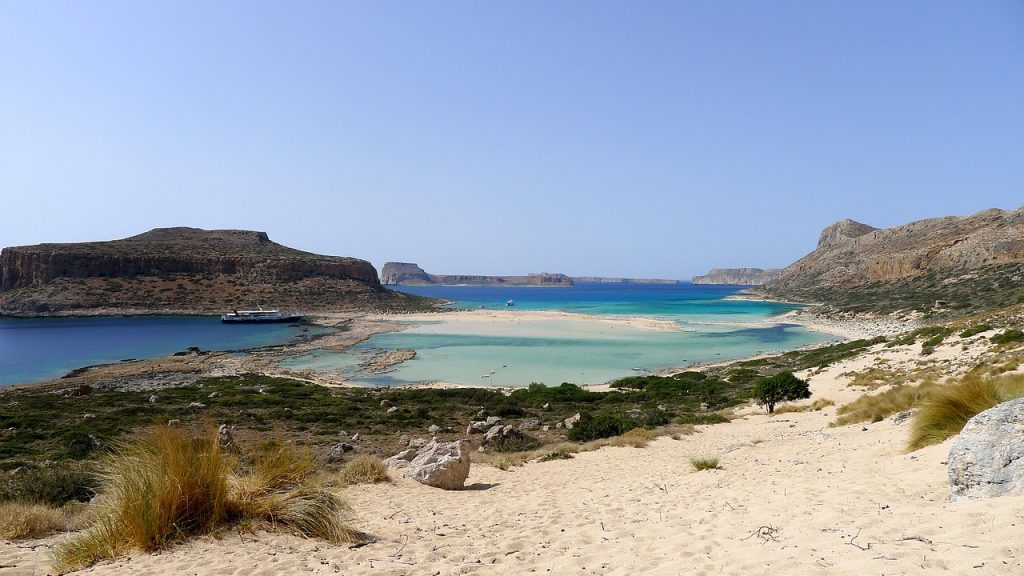 When people say that Greece is the cradle of European civilization, they are talking about Crete. The second largest island in the eastern Mediterranean was once home to the Minoan civilization that predates Athens, Sparta, Thebes and all other city-states that cross your mind. Once you land on Crete be sure to check the historical remains.

And, as soon as you satisfy your inner nerd, hit the Mpalos Beach, one of the most beautiful places on the island. What makes Mpalos so special is the killer combo of white, blue and turquoise sea and bright white sand. The landscape seems almost alien-like, and the look you’ll get from the nearby cliffs is fantastic. Throw into the mix rare species of flora and fauna, and snorkeling-friendly water, and you’ll get a once-in-a-lifetime experience. Oh, yeah, to avoid confusion – in Greek “MP” is pronounced like “B.”

Compared with the other places I mentioned on this list, Antipaxoi looks horribly unimpressive. As a matter of fact, with the area of only 5 square kilometers (approximately 2 square miles), you would be hard pressed even to find the island on the map. But, this relative obscurity only made the entire place more awesome.

For a start, the island is very sparsely populated (according to the 2011 census, the local population amounts to only 20 inhabitants), so nature is mostly unspoiled. The Voutoumi Beach we are talking about here is covered with bright white pebbles. The white sand that extends under the sea, gives the water magical blue color you won’t find anywhere else in Greece. Because of all of this, and its remote location, Antipaxoi stand as one of the most popular sailing destinations in this part of Europe.

Kefalonia is the largest Ionian island in the Western Greece. Culture-wise, the island has a fascinating history. In the predominantly orthodox country, Kefalonia was always opened to strong Latin influences. Today, Kefalonia is a place of beautiful mountains, stunning lakes, very rich flora and fauna, and, of course, fabulous beaches.

What to say about the Myrtos Beach? In the insanely serious competition, this place was voted as the best Greek beach for 12 times. The coastline is covered in smooth, round cobblestone, the water is clear, all watersports except swimming are prohibited so you definitely won’t feel annoyed by the overly-enthusiastic jet-ski riders, and the restaurants where you can try local meze are more than abundant.

And we are finally going back to mainland Greece. The first thing you should know – Chalkidiki is an awesome place and a gathering point for young people from all around the world. If you want to make new friends this is the place to go. Second, the local ouzo is excellent. At first, I was put off by the strong anise flavor, but as soon as I got used to it, I was hooked up. Third, Chalkidiki is full of fantastic beaches.

What makes Sarti Beach so unique? Nature is unspoiled, the soil is covered with beautiful sand, the entire seacoast is full of pines (they smell extraordinary), and the water has very distinct emerald color. And across the bay, you can enjoy the breathtaking view on Mount Athos, the largest monastic community in Greece. Be sure to check it out, the experience is incredible.

Greece is a country of many beaches and inexhaustible beauty. It’s very easy to get lost, so you’ll have to take it one step at the time. Once you experience these seven places yourself you’ll be addicted to Greece for a lifetime, and see why Lord Byron once famously fell in love with this small nation. 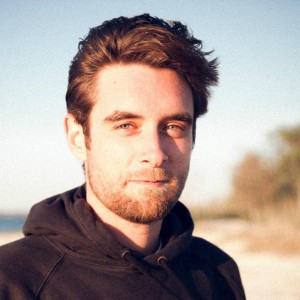