Everyone has their moments. From falling during a performance to slipping while trying to open the front door, celebrities are not exempt from accidental spills. When the camera is always on, it’s more likely to catch your mishap. Some performers get up and march on while others sustain more serious injuries and even take out lawsuits against a venue or producer. Even if it doesn’t result in serious physical injury, falling in public does injure pride. It also provides everyone else with a bit of relief, knowing even the stars fall down sometimes.

Meghan Trainor on the Tonight Show This Grammy-winning artist has performed on some of the world’s most prestigious stages. She’s been on numerous talk shows, TV appearances, and live performances, and always embodies a sense of strength and playfulness. While performing “Me Too” on the Tonight Show with Jimmy Fallon in May of 2016, Trainor’s heels took a bad turn. The pop star stumbled and fell flat onto the stage floor. Like the trooper she is, Meghan pushed through the mishap and tweeted about the incident later saying that despite the fall, she nailed the performance. 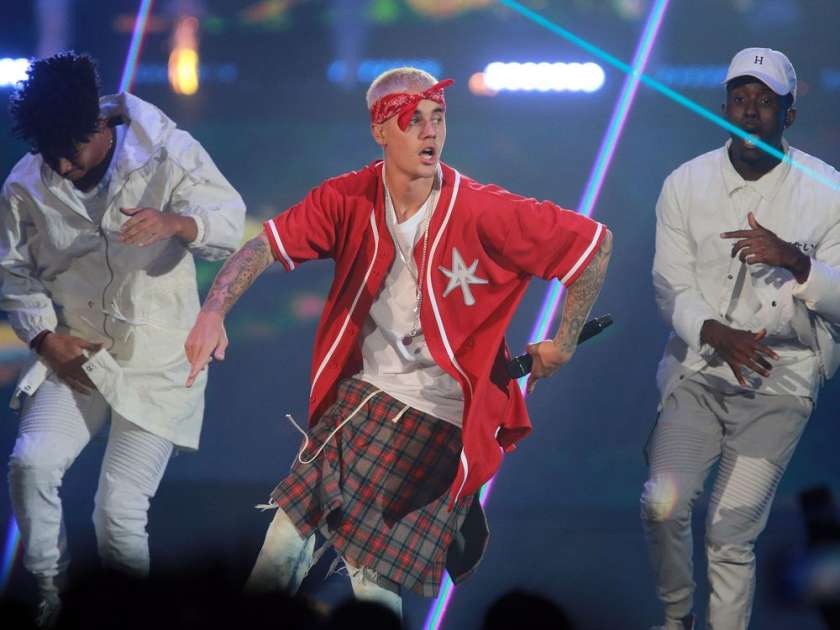 Justin Bieber in Saskatoon Justin Bieber’s fans had a slight scare during his June 2016 show in Saskatoon, Canada when the star fell right off the stage. Attendees expressed relief that he didn’t sustain any serious injuries, reporting that the fall looked hard and that Bieber’s body resembled a rag doll. Apparently, he was taking a moment to adjust his signature ‘shirt tied around the waist’ look when the fall happened. He got right up and went on with the show and has yet to comment on the incident specifically despite the media attention it’s received.

Taylor Swift at New Year’s Eve Like everything Taylor Swift does, even her embarrassing New Years Eve spill was filmed, tweeted, retweeted, and immortalized in media. Swift looked amazing in her black leggings, heeled boots, and silver blazer as she descended a staircase while greeting fans at the New Year’s Rockin’ Eve event in Times Square in 2015. It was only fitting that later that night she performed her hit single “Shake It Off.”

Amid rumors of a gambling addiction, Affleck has had some troubling times throughout his celebrity career but has always seemed to persevere and drown out the noise. Apparently Batman loves to play poker, but he himself claims that it is ‘not an addiction’ but rather something he enjoys doing just like the larger swath of everyday players out there. These days, more celebrities are popular in poker rooms, with even the likes of Michael Phelps rumored to have been much more active leading up to Rio by playing from his phone in his spare time.

Career stumbles and bumbles also make for clumsiness, so we hope you enjoyed our list.