For almost the entire 20th century, the solitary way of watching TV was by means of the over the air broadcast as well as cable signals. By using broadcast TV, the antenna can start picking up the available radio waves so that it can start transmitting images and also the sound to your TV set. With cable TV, the wire will connect to the set top box or to the television itself. The wires are running from the house going to the closest cable television station that acts as a single huge antenna.

Apart from some other options such as satellite TV, cable and broadcast were and remain as the major ways to watch TV. The latest technology has changed the way people do receive entertainment and news, although. Radio challenged the newspapers way back in the early 1900s and also, the television challenged the radio. This time, although it seems like traditional TV comes with a competitor of its own, this is not the one that can be easily separated from the television. It came out with a name of its own and that is what we call Internet TV. 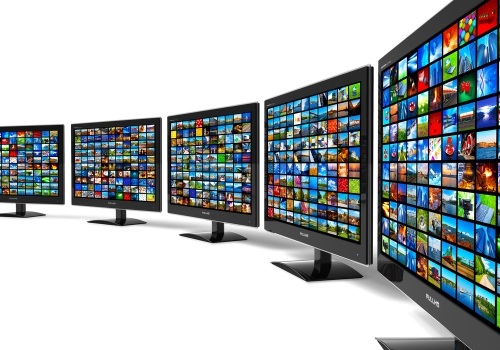 Though video quality as well as the screen size differs, internet TV comes with more benefits compared to traditional TV. It can offer a different array of formats and options. You will be able to watch 2 basic forms of broadcasts via internet TV. One is live broadcast and the other is on-demand videos. There are some websites that compile and offer a listing of live broadcast channels. When you like to catch up on news in Argentina, for example, just click “Argentina”. The channels available in internet TV are typically grouped and arranged by country and you can browse over a list of existing broadcasts.

There are some TV networks that play live streaming feeds of their program on their websites. In either way, it is just like you are watching TV using your computer. It is not possible to pause, or back up and skip over those segments of the broadcast that you don’t want to. There are two things which make the internet TV possible and the first one is the bandwidth. Things may become slow when two or more people download the same file at the same time.

To understand bandwidth easily, think of it as a road and the information is a car. If there is just one car that crosses the street, then it will be able to pass so fast, but if there are some other cars going on the same direction, it can result to traffic and things may go slowly. That is how internet TV may work as well.

When the website boosts the bandwidth that it gets, the information would be capable of traveling from here to there without any much hassle. Bandwidth is very important for the internet TV and that is for the reason that sending a huge amount of video as well as audio data through the web is in need of a large volume of bandwidth.