Christian Gnecco is an accomplished Latino actor born in Puebla, Mexico, who has been performing steadily in the US for some time and garnering recognition by industry professionals and notable competitions. The talented thespian has amassed an extensive resume filled with stage, screen, writing and web series credits of both the dramatic and comedic kind. His precision towards his craft is notable whether he’s contemplating the loss of a body part or sashaying across the musical stage with a gleam in his eye. He is a quadruple-threat (he’s also a writer), who would be thrilled to one day work alongside talents such as Diego Luna, Gael Garcia, and Damien Bashir. Although he lives in LA, the artist travels often and will be working on sets in NY this year as well as in his home country, achieving his goal of acting in both of his languages. 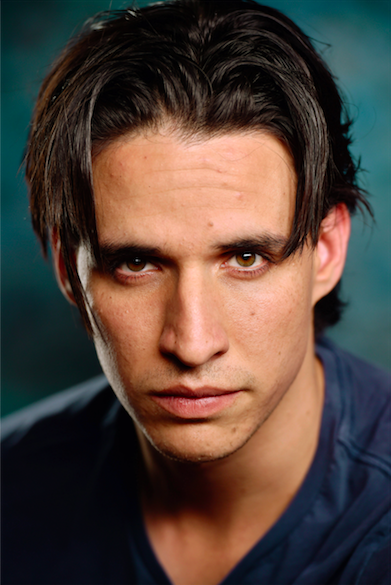 One of Gnecco’s favorite theatrical roles was that of “Julio,” a Latino character searching for his US identity in the world premiere of the play, “The Keeper of the Vineyard.”  An additional role Gnecco particularly enjoyed was that of “Guido,” from “Nine,” a demanding part as the actor was on stage throughout the show’s entirety, remaining 100% connected to the story. When it comes to film Gnecco’s best-love role to date is the character “Dan” from the film “Numb,” a man diagnosed with MS in his early twenties that must come to terms with loneliness.

On stage Gnecco performed in “Antigone,” produced by The Wandering Theatre Company in New York City where the cast used viewpoint technique to stage the play, which won Best Physical Play for The Capital Fringe Festival. Gnecco credits his experience performing alongside Maria Del Mar Velasquez with German Jaramillo at the helm directing, “No Oyes Ladrar Los Perros,” as another highlight of his career. It was based on a short story by Juan Rulfo. The play was entered in the V BFA International Theatre Festival in Los Angeles competing against theatre companies from Spain, Mexico, Peru, etc., and won Best Play.

Currently, Gnecco is working on the web series “Served” which airs this year. In the theatre arena he is collaborating on a play entitled, “Chimp Skin” which will open this year at The Hollywood Fringe Festival. Additionally, Gnecco has been signed to play the lead in a film shooting for five weeks in New York City.