Jeff Gordon set a new record of accomplishment on Friday at Richmond International Raceway of completing a lap at 130.599 miles per hour. His latest record broke the previous record 130.334 of Matt Kenseth set in April. Jeff is all set to start on the Federated Auto Parts 400. He has managed breaking David Pearson’s record by winning at least one pole in the 21 consecutive seasons. 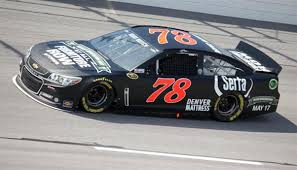 Jeff Gordon, the 11th in the point standings but 6th after successful completion of Richmond International Raceway, commented that the triumph came at a very crucial time, and they are extremely proud of it. The victory will give them a gate pass to the long awaited Chase. The number one pit stall is certainly important for his team.

For Kurt Busch, qualifying has been quite impressive in the current year. He is satisfied about the way his team is performing. They will be in the starting line along with Jeff Gordon. He is hopeful they will be able to successfully complete their 400 laps. Jeff is just six points ahead of Busch. Gordon completed his race at Richmond International followed by his grabbing the first position in the Chase. In Chase, his difference with Kyle Busch was of just three points. Gordon remarked that throughout the race they learned a lot as there is vast difference between qualifying and winning a game.

Richmond International Raceway is supposed to be held before the Chase. Therefore, there is every chance, according to the sports critics that Jeff Gordon will target to confirm a wild card by winning at Richmond International Raceway. On the other hand, the famous racer to hold the 10th spot is Kurt Busch. However, there is a chance that he will be potted with the winners like, Jeff Gordon after a successful completion of a lap at 130.334 miles per hour. Kurt Busch is currently racing for Furniture Row Racing. He has already signed for Stewart Haas Racing for the next season. His performance so far is appreciated by both the racing fans as well as the sports critics. This season Busch will begin on the front row along with racers like, Gordon, for the eighth time in a row.

In the third position, there is Brad Keselowski, the defending champion. Since he is 28 points behind Kurt Busch, therefore he must certainly win this tournament. Clint Bowyer acquired the fourth position. He was the winner of Richmond International one year ago. Kenseth and Denny Hamlin ranked fifth and sixth position respectively. The former has already bagged about half a dozen victories in the current season, which has ensured him a fixed position in the Chase. Jamie McMurray, Joey Logano and Greg Biffle boast seventh, eighth and ninth rank respectively.

Unfortunately, Jimmie Johnson could not make a rank due to personal reasons. He missed his practice sessions too as his wife, Chandra, gave birth to their second daughter named Lydia Norriss on Friday early in the morning, at a hospital at Charlotte.