International Olympic Committee is analyzing the options of including three other sports in the 2020 Olympics. About 100 members will attend the meeting on Sunday in Buenos Aires to decide if squash, baseball-softball and wrestling can be incorporated in the upcoming event. Focus will be made on inclusion of women team. To promote women players governing body of different sports are making changes to highlight their hard work and support gender equality. 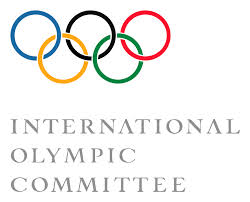 Squash is making significant changes in its core management body and developing the sports from every possible section to suit the women players. It is now offering multiple choices to draw the attention of the International Olympic Committee. Its first attempt is to provide cost effective, supple, and attractive locations for the games.

The wrestling committee restructured their managing body very recently. It selected a women as their vice-president and made a women’s sports commission. The other transformation in the game include up gradation in the rules of the game, to enable even a layman to understand the process. The present management body made improvements in the marketing and commercial departments too.

Carol Huynh, a Canadian wrestler and a part of the delegation to attend the International Olympic Committee meeting on Sunday, is glad about the recent metamorphosis in wrestling federation. She remarked that the women are showing potential in the management sector. They have a strong voice in the FILA bureau. The latter is playing a significant role in promoting women players and encouraging national federations to cheer women to be in strong positions within their national committee. To prove their dedication the committee added two weight classes for women players beginning at the 2016 Rio Games. Carol Huynh is optimistic about the future of women in wrestling. The latest improvements in the sector to her are a sign that women are rising in the game.

Since baseball and softball individually failed to make an impression at the IOC, therefore they joined to form World Baseball and Softball Confederation with Riccardo Fraccari as the co-president. He opines that baseball can prove to be a unique game to connect with the young men and women across the world. Baseball is not free from doping charges. The federation is fighting against the charges. The federation will only allow the professional players to play in the Olympic tournament by allotting five days each to baseball and softball. The World Baseball and Softball Confederation is using Cuban leader Fidel Castro’s son Antonio Castro to convince the International Olympic leaders to include the game in the recent 2020 program. WBSC is happy about his involvement in the sport. Co-president Don Porter adds that it is a rare privilege for the committee to have him as their patron and supporter.

The International Olympic Committee will select their host city on Saturday for the event if 2020. In addition to that, the new president will be chosen on Tuesday. All the three games are promoting their women players in their own way to highlight equal opportunity for both the gender.