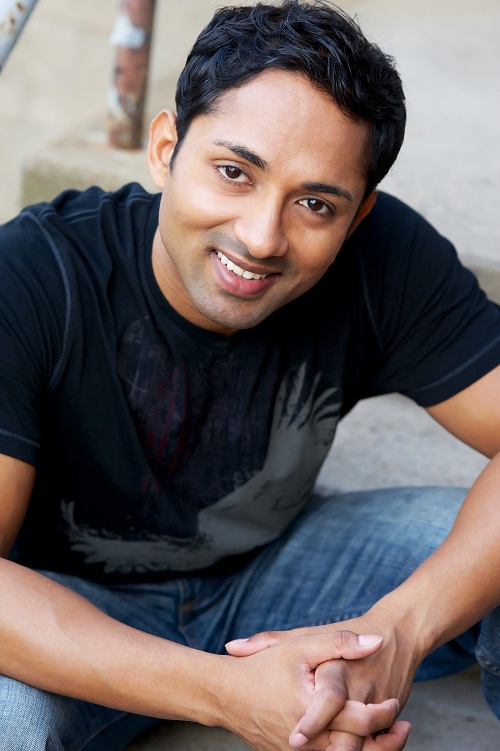 Koushik is that great actor from India, whose contagious smile and perfect characterizations have established him as one of the most memorable actors to grace the silver screen in many years. We have all seen him many times in movie theaters and on TV and when he appears in a commercial or series there’s a sense of familiarity that he brings with him that assures the audience that a trusted and very good friend has just entered our space.

Koushik is one of those rare actors who has a presence that at once comforts us and at the same time has the ability to make us smile and then laugh at his wonderful comic antics, even when he just stands there. Only the best and most controlled actors can pull that off. We’ve seen a lot of his work and although we love him in comedic roles, we also must acknowledge that he is a very serious actor who in our estimation can play any role that he is given, whether it’s a villain or a hero or a funny guy at a party. He is a gifted actor and has proved it many, many times in commercials, TV shows, feature films and a myriad of short films.

Since acting is probably the most fun job in the whole world we understand why Koushik would go into the performing arts. Actors get to pretend to be someone else and they receive a great deal of praise AND they get paid for it! We think that Koushik would be an actor, however, even if he wasn’t paid to do it. We think acting is his calling and we are grateful that he shares his craft and art and his wonderful talent with us in the films that he has made. Some of those movies are: The Book of The Damned, Karma Dog, Bloody Hands, All The Same, Above The High Road, My Hollywood Dream Sucks, Jacket to name just a few. His TV performances include, Criminal Minds: Beyond Borders, The story of God with Morgan Freeman, and Mystery Diner among others. Koushik has also been in countless commercials for national and international companies including Amway, Zip Recruiter, Hewlett Packard and Free Credit Report.

His timing is exquisite and his characterizations are always right on the money. Koushik is one of the premiere actors of our time and is destined to become one of Hollywood’s legends.