It is important to know that drivers in China, Beijing in particular can be quite aggressive. The cut corners quite often and we won’t see much courtesy. Because drivers in China have relaxed driving discipline, they would expect the same thing from others. For travellers who walk on foot, they should know that Beijing drivers don’t pay attention to the crosswalk sign. So, they shouldn’t presume that it will be easy to cross the road because the crosswalk light is green. The safest way to cross the road in China is by walking on the overhead pedestrian flyover bridge. If there’s no bridge available, we should cross with a large group of pedestrian and walk in the middle, it should be fairly safe.

Another noticeable thing is that drivers in China use their horns excessively, especially when they enter an intersection. This is particularly true when the intersection doesn’t have traffic lights. It is also quite common to see drivers run red lights, but the good thing is, they often blow their horn when doing this. In this case, foreigners who drive in large Chinese cities should be “horn happy” as well. Fortunately, this kind of behaviour won’t incite any kind of road rage. It’s about when in Rome, we should do as the Romans do. In this case, we should set our expectation low and do expect to see much traffic courtesy. 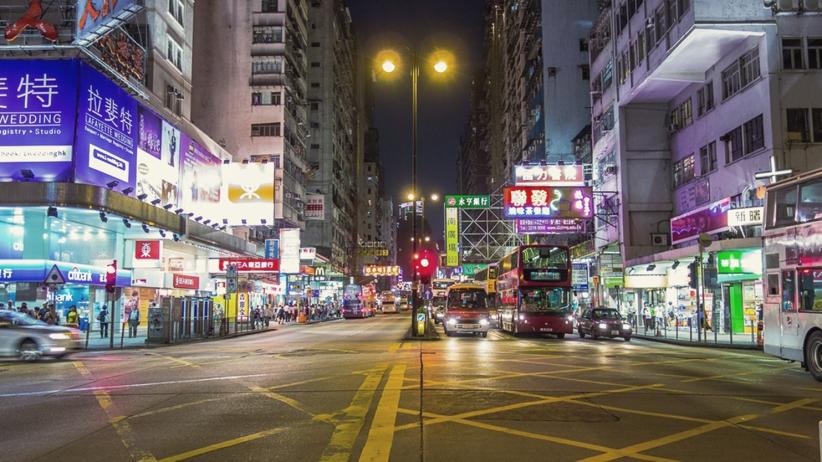 Setting good example may not do us any good and it would be a monumental task to change habits of a country with more than one billion people. In fact, introducing Western-style traffic courtesy could make road accidents more likely, because drivers are used to aggressive driving methods. Although the traffic is chaotic, we should try to look for order during the chaos. We should look for patterns that can keep us safe, despite our more aggressive driving style. As an example, it may not be a good idea stop for pedestrians in the crosswalk, because we could be rear-ended. Drivers in China will be surprised if they see another driver stops in front of them for a pedestrian, so we shouldn’t do that. It’s much safer to drive like others.

This may sound counter-intuitive, but we shouldn’t show much consideration for others in the road and we shouldn’t give others a break. Our unusually courteous driving style could disrupt the organized chaos and this may cause accident to happen. Any deviation from selfish driving could cause accidents and we shouldn’t try to break this cycle. In fact, by following the chaos, it can be far safer and we could get to places much faster. Newton’s third law should apply when driving in road in China. It means that we should drive in a straight line and at a uniform speed, until a force is applied, such as traffic light or heavy traffic in intersections. Fortunately, medical bills in China are quite affordable and people who hit us will be demanded to compensate for the bills.