Las Vegas is literally filled with colorful lights. There are so many of them that they can be seen even from the space. But what is Las Vegas?

The first thing that comes to mind is the casino. Yet gambling is not the only hallmark of Las Vegas. During the daytime, travelers are offered to visit the local exotic complexes, which include both hotels and entertainment centers. And with the onset of night, each of them turns into a unique holiday extravaganza.

Having arrived in Las Vegas, it would be a perfect idea to take a car and visit several of the following local resorts. If necessary, you can use rental24h.com here to find a lot of cars for your upcoming trip. 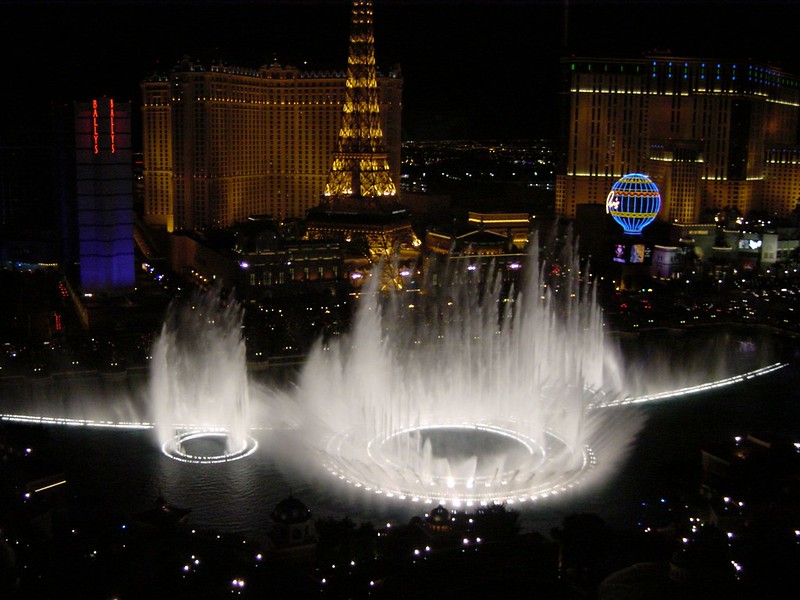 Bellagio always occupies the top places in the list of the best establishments of Las Vegas. On its territory there is a large lake with singing fountains, which are launched daily at 10am. Every 15–30 minutes, depending on the time of day, the musical accompaniment of the dancing water changes. Sometimes, the fountain jets reach 150 meters in height, which makes it the most exciting show in the city. 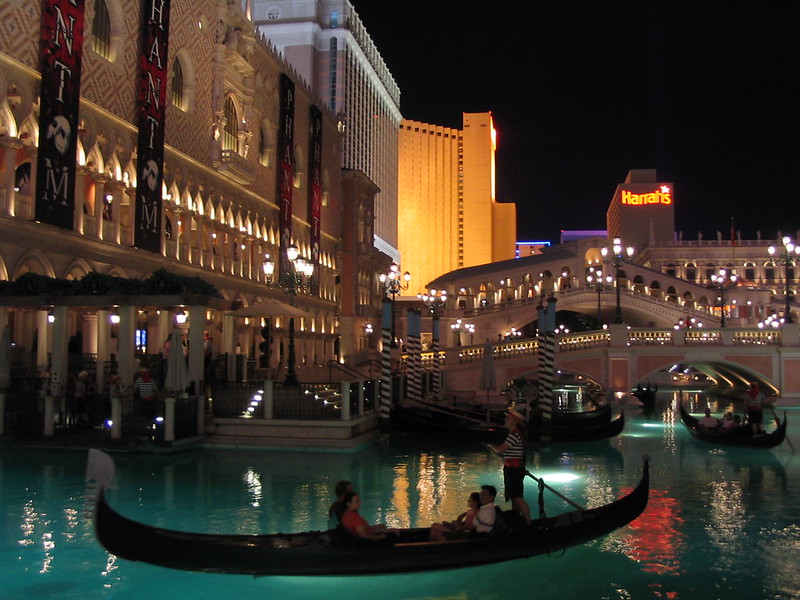 The Venetian is a grandiose miniature of the real Italian Venice in Las Vegas – it recreates the famous sights of the world’s most romantic city. The artificial channel is crossed by the arched Rialto Bridge, thus travelers will be able to ride on a real gondola under it. Your boat trip will be accompanied by Venetian music and songs performed by the gondolier.

St. Mark’s Square, the bell tower and themed paintings on the walls of the hotel allows you to forget that you are in America.

Initially, the structure of the Palazzo complex was included into the Venetian project. However, the scale of construction went beyond the expected and turned into a separate construction. Currently, these complexes comprise more than 7000 rooms and are jointly considered to be the largest hotel in the world. 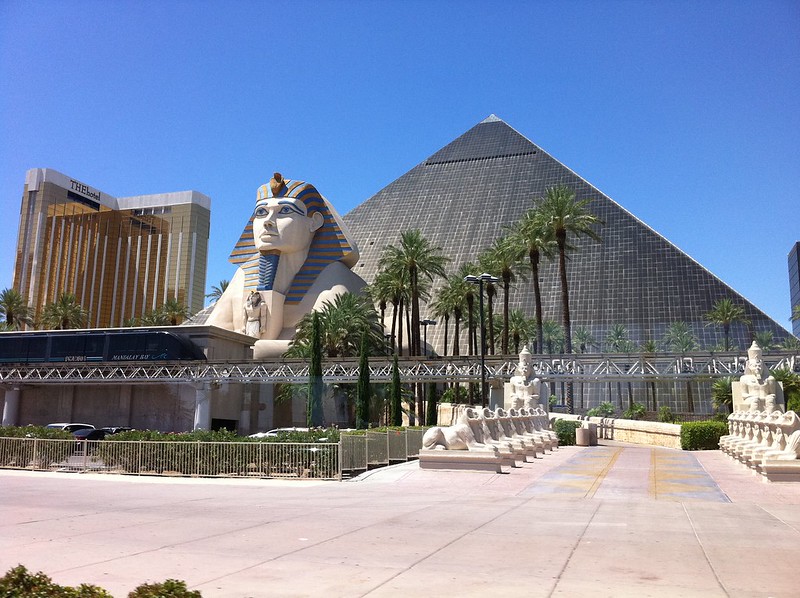 A huge 110-meters-high Egyptian-style Luxor Hotel & Casino is another stunning resort in the heart of Las Vegas. It looks like a huge black pyramid with a powerful searchlight on its top. Every night from its summit a vertical ray of light rushes into the night sky. The hotel-casino has a convenient location near the airport, which makes it a popular relaxing place for travelers. Real palm trees are grown on its territory, and the entrance is guarded by a huge sphinx statue. 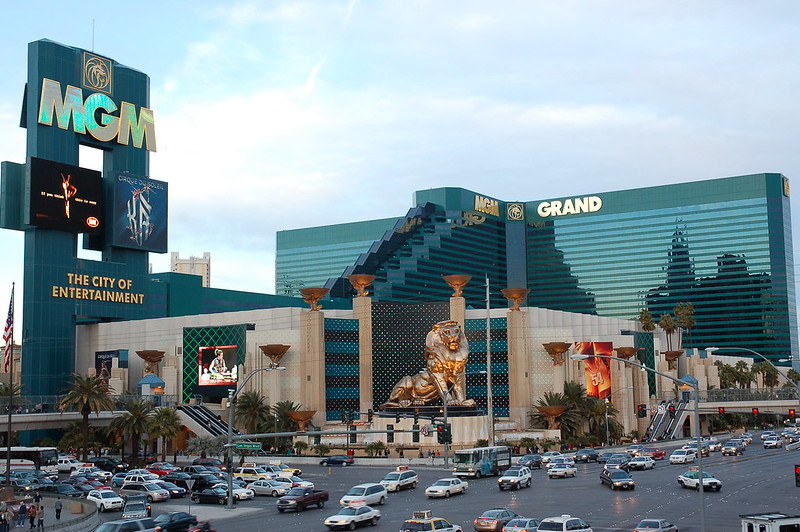 MGM Grand Las Vegas will satisfy the needs of the most avid gamblers. In this world-famous entertainment center you can find all kinds of possible entertainments, each of which occupies a special zone. The symbol of the complex is the golden statue of a lion – inside the building you’ll see open-air cages with these dangerous animals.

The territory of the MGM Grand hosts the famous concert and sports complex ‘Garden Arena’ with a capacity of 16,800 spectators. The famous boxing fights with the participation of such world sports celebrities as Mike Tyson, Floyd Mayweather, Manny Pacquiao, Oscar De La Hoya and Saul Alvarez are held there. 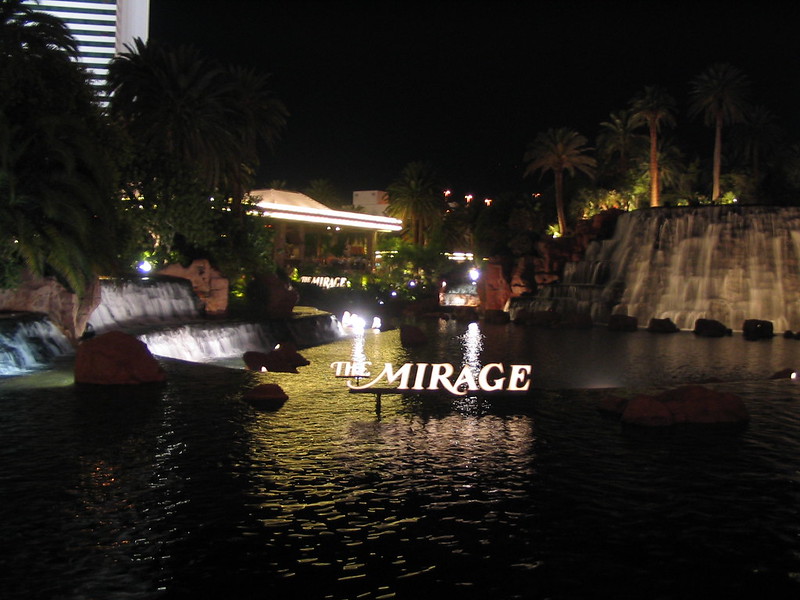 Mirage Resort is a piece of real tropical paradise in the middle of Las Vegas. Inside the complex there’s a Secret Garden, which is inhabited by Asian animals: elephants, panthers, lions and a rare species of royal white tigers.

In the vast pool of 2.5 million liters, dolphins swim, and you can watch them through glass windows. In a separate aquarium, stylized as a coral reef, more than 1000 tropical fish live. However, the main feature of the Mirage is to challenge the dancing fountains of Bellagio. Every evening, viewers can watch the eruption of an artificial volcano accompanied by the thrilling musical composition. 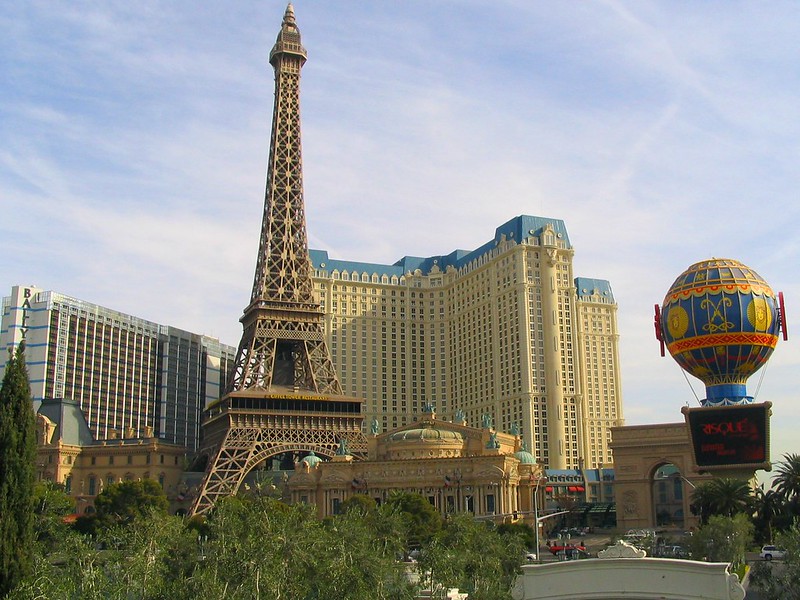 This unique resort allows you to see the real capital of France. Paris Las Vegas is a stylized complex that recreates the major sights of Paris. Its mini-version is read in every detail of the interior – from cobbled pavements to French actors.

The Parisian image is completed with a copy of the Eiffel Tower, just half the size of the original. Below you’ll find a glass elevator that will take you to the very top of the tower. By the way, the views opening from this place are just amazing. 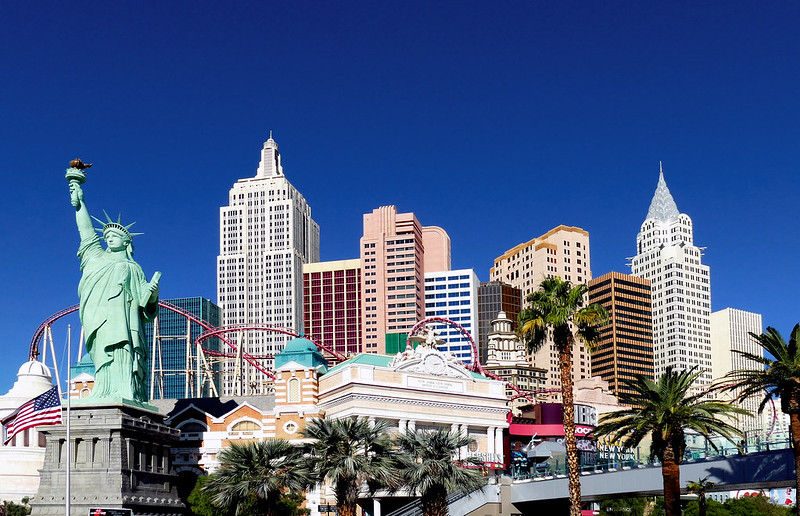 New-York-New-York resort is an outstanding continuation of thematic city attractions in Las Vegas. Similarly to Paris Hotel & Casino, on its territory you’ll find the main symbols of the American metropolis: the 150-feet-high Statue of Liberty in the center of the lake, the Brooklyn Bridge, as well as the skyscrapers of Manhattan.

Outside and inside the building, a roller coaster runs around in a circle. For 2 minutes and 45 seconds a booth in the form of a New York taxi will cover the entire territory of the hotel, rush inside the casino and perform a loop at the 10th floor level. 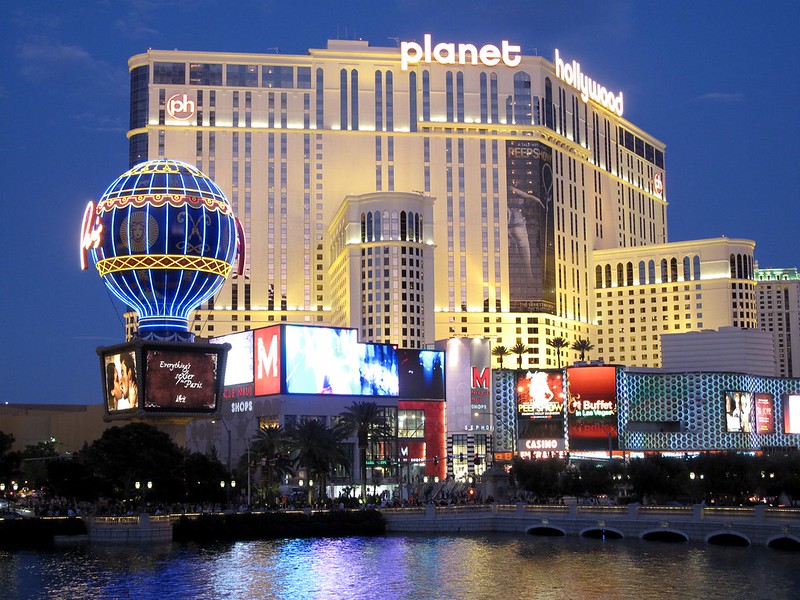 What else can surprise you in Las Vegas? Fortunately, the creators of the Planet Hollywood hotel were able to impress everyone by staging a stormy performance under the roof. Every hour the artificial sky darkens, thunder rumbles, lightning flashes, and raindrops fall on visitors. What’s more, the entertainment center is famous for its gorgeous laser shows and wedding show parties.

According to independent polls, Planet Hollywood is named the most extraordinary complex. Each hotel room is unique and decorated in the style of one of the Hollywood movies. Inside the rooms there are themed decorations, objects from the scenes or costumes of the characters.