French Polynesian civilization has been around for millennia, probably since 2000 BC. Despite the lack of large structural presence, it is agreed that it is among the oldest surviving civilizations. Papeetee is the largest city in French Polynesia and it is probably the place where we stay and spend much of the time. French is the official language of the country and it is widely spoken by locals. English is commonly understood in tourist areas. Missionaries came in 18th century and they destroyed much of the original Polynesian culture, including carvings and temples. Tattoo and their distinctive erotic dancing are banned as well. 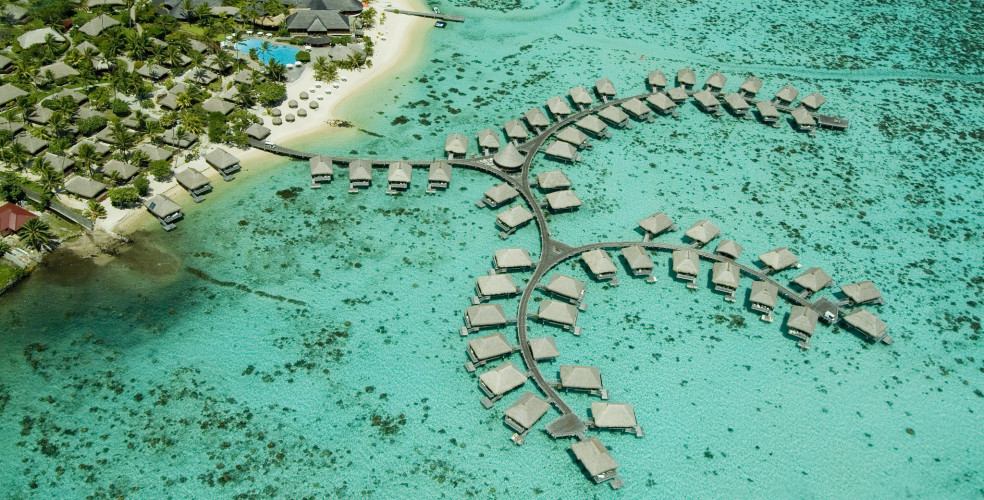 Fortunately, some of the traditional ways survived the cultural annihilation and we could still see effects on the locals’ loves. In the past few decades, there has been an interest to re-discover the old ways and traditional arts. Toere drums and pahu are traditional musical instruments of French Polynesia and they have been used more often. Foreign musical instruments, such as ukulele and guitars, are also incorporated into local cultures. When visiting French Polynesia, we would immediately experience a casual and very laid back approach to life. We could see it from the manner of their dress. Even in classy restaurants, many people are adopting relaxed dress standards.

French Polynesia should provide us with a unique culinary style that combines the classic South Pacific cuisine with some French, Chinese and even Italian influences. Like other Pacific tribes, locals also use traditional pit ovens known as ahimaa. They would dig a hole in the ground, place food wrapped in banana leaves, put very hot stones on top and bury the whole thing with soil. It is a slow cooking process and would be completed after a few hours. Meat and vegetables cooked in this method will taste succulent and juicy. Baked banana covered with cooked thick, sweet coconut milk is a favourite dessert in French Polynesia and it’s served hot. Coconut milk is a versatile cooking ingredient in Pacific area and it can be used in some Western dishes as well, such as chicken casseroles.

Fish is essential for local cuisine and it is usually marinated with local condiments and spices before baked or grilled. Tattooing was an essential part in French Polynesia culture and local designs have excellent aesthetic appeals. They are known for the elaborate patterns and tattoos were significantly more important among men, than women. Traditional tattooing instruments include sharp teeth made from tortoise shell or bone; and a small mallet to insert teeth into the skin. The dye is made from a local oily fruit that has been burnt into soot. The ink can be made by diluting the soot and it is an excellent for permanent coloring purposes.

The best time to go to French Polynesia is in summer, between May and October, when it is relatively cool and dry in the area. In July, there is a month-long Heiva festival, which features sporting events, crafts display, art exhibitions, dancing and music. It is basically a French Polynesian version of Brazilian carnival.