When you think back to the greatest movies of all time, what is it that makes them great exactly?

Obviously, there are many different factors such as a great plot and storyline, a great score, excellent editing and that whole “Je ne sais quoi” – exactly what that the best movies of all time have. The one obvious we’re missing so far is the actors and their acting ability – but we’ll come back to that in amoment.

Firstly, let’s have a look at some of the movies that have been agreed almost universally to belong on the list of “best ever”.

On most such lists, you’ll find G1 and G2 in the top few. We’re referring, of course, to the Godfather parts one and two from the early 70s directed by Francis Ford Coppola. There was a third Godfather movie to complete the trilogy in 1990 – but the less said about that piece of movie ‘art’, the better. It could never match up to the first two Godfather movies which were and still are simply sublime – surpassing all other movies before or since in so many ways for those of us who are fans.

All the afore-mentioned factors made the two movies great – but it was the actors who contributed their bit too. Al Pacino and Marlon Brando, in particular, played their roles to wonderful effect as the ageing Don and his youngest son – the one who would go on to inherit the family “business”.

Forgetting the Actor in Favour of the Role

Perhaps what made their roles great in addition to the plot, script, score and overall creative treatment was the fact that they were believable. This really sets great actors apart from the rest. When you’re watching the first two Godfather movies, you’re truly lost in the moment. You aren’t thinking continually of who the actors are (or were) in real life – despite the fact that both are household names all around the world.

Marlon Brando, in particular, is considered to be one of the most gifted actors of all time – so for him to get past the credibility gap is even harder. Yet he manages this. For the first few minutes of his appearance when you’re watching The Godfather for the first time, you may be thinking of him as the actor rather than the role – but that pretty soon fizzles away when left with the purer image of the older Don Corleone (he was also played to good effect in his younger years by Robert de Niro, of course).

When you Remember the Actor but it’s Great Anyway

And yet it’s more complex than that. There would surely be no-one out there who would argue that Daniel Day-Lewis isn’t one of the all-time greats. This is exemplified by his three Oscars from “My Left Foot”, “There Will Be Blood” and “Lincoln” from last year. But with all three films – as you’re watching them, you’re very aware that the role is being played by Daniel Day-Lewis, despite the fact that he’s so obviously a gifted actor thatdeeply blends intoeach character.

So it has to be something more fundamental than pure believability. After all, if ever there was an actor who perfects the “method” acting roleof being the character, it’s Daniel Day-Lewis. It is said that during the making of My Left Foot, for example, the movie’s on-set technicians would get aggravated by the actor’s refusal to get out of the wheelchair as he arrived on set to get over the wiring etc., so the technicians had to carry Day-Lewis, chair and all, into position! This, of course, is what true method acting is all about.

Quite what it is that makes these actors great, then, is hard to define. But perhaps we’re trying too hard?For people who appreciate excellent movies, it may be a moot point and we all have different views on art – so perhaps there are no rights and wrongs. Some people may regard Tom Cruise as one of the all-time acting greats, for example. But when he started alongside the late Phillip Seymour Hoffman, where the latter had a relatively minor role in the 1999 movie, “Magnolia”, it was the minor role that proved more memorable (though this was one of Tom Cruise’s better films it has to be said).

Now Tom Cruise is an actor who has always been famous for his action roles – and there’s nothing wrong with a little escapism now and again. Indeed, many people regard such movies as being an art form all of their own – regardless of how terrible and clichéd they might be. In fact – with some movies, they’re so far out they’re in – in a kitsch sort of way. So seeing a younger Tom Cruise acting in a genre appropriate for his physique, his famous good looks and his acting abilities, is appropriate.We “expect” these kinds of roles and these kinds of performances and those who love Tom Cruise aren’t disappointed.

Stepping Outside the Expected

But when the actor stepped out of the stereotype for “Born on the fourth of July” for example, this still worked well. In fact, this was probably the finest moment of Tom Cruise’s long career. In fact, he was nominated for an Oscar for “Best Actor in a Leading Role” but the winner that year (1989), coincidentally, was the afore-mentioned Daniel Day-Lewis for “My Left Foot”.

Yet there are manyexamples of when actors have stepped outside the roles we expect of them and it hasn’t come off. And perhaps surprisingly, one such role was that of Daniel Day-Lewis as the former Provisional IRA Volunteer turned boxer, Danny Flynn in the 1997 movie, “The Boxer”. Flynn is attempting trying to go straight following his release from prison when he returns to Belfast after a 14-year absence and re-joins his old trainer. But don’t watch it if you’re a Daniel Day-Lewis fan, as the film is pretty terrible – despite theimpressive 80% rating on Rotten Tomatoes.

Yet interestingly, this wasn’t the actor’s fault – he plays the role to excellent effect. It’s just that the plot, the script and whole creative treatment felt a little clichéd. It really wasn’t down to the fact that Daniel Day-Lewis stepped out of his more traditional roles into the world of sport – in other words.

So there we are; what makes a good actor great is certainly something about complete credibility in the role in which he or she has agreed to play. But the choice of these roles is clearly as important as well – and most actors considered to be all-time greats have had their fair share of howlers or complete dross too – particularly in their early acting days, when their lack of box-office potential and simultaneous need to eat meant they had to take on pretty much anything (does anyone remember Jeremy Irons in the UK kids’ TV show “Playaway” for example?).

But while we’re on the subject of sports, and for a little light-hearted relief from all this serious analysis of acting, let’s have a look at a few of the worst ever sports roles played by actors (and no – Daniel Day-Lewis’s boxer doesn’t make the shortlist). 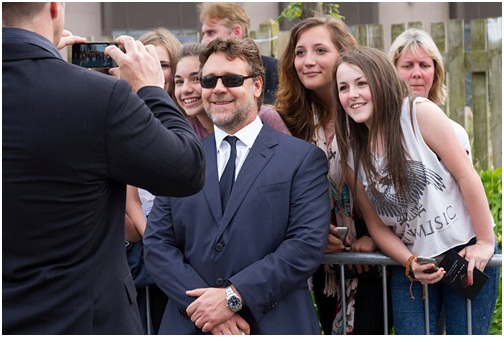 The competition for worst ever is fierce to say the least, but somewhere near the top of this pile ofdross has to be Russell Crowe’s role in the 1999 comedy-drama “Mystery, Alaska”. This is a story about an Alaskan amateur ice hockey team, from the smalltown of Mystery, which gets to play a one-off exhibition game against the National Hockey League, the New York Rangers.

But don’t worry about the plot and storyline because this movie is far from good from an overall perspective. But it’s worth watching to see how bad Russell Crowe is at ice skating. In particular, when he skates up next to his wife, she’s clearly holding the Aussie actor up – so comedic it most certainly is.

To say baseball is big business in the United States is to flirt with understatement. It’s also gradually becoming bigger all around the planet – particularly in countries outside the USA where it’s legal to gamble on the sport. With Betfair – which is now the world’s largest gambling exchange – for example, millions are wagered on US baseball each week during the regular season and likely millions more when the play-offs and the post-season begins. And this is to say nothing of all the sponsorship deals, and all the rest of the enormous commerciality that the sport represents all around the planet. So when you’re making a blockbuster movie about the great sport of baseball – you certainly need a great deal of the afore-mentioned credibility in the roles right? After all – this is big business and a great baseball movie has to encapsulate all this.

Well seemingly not always.Quite why thewriter/director of the 1988 movie “Bull Durham”, Ron Shelton, cast Tim Robbins in a playing role, we’ll never know. Now Tim Robbins is an excellent all-round actor, memorable for “The Shawshank Redemption” and many other great movies. He’s particularly good in dry, deadpan roles in comedies. But he’s not a baseball player, as we saw to hilarious effect in Bull Durham!

The movie is about the baseball team the Durham Bulls and their fans. The Bulls are a minor-league team from Durham, North Carolina. The movie also starred Kevin Costner as “Crash” Davis, a veteran brought in to teach newbie pitcher “Nuke” Laloosh (played by Tim Robbins). Now Costner could play baseball and reputedly was able to bag two real home runs during filming. But Tim Robbins was no real pitcher as you’ll soon see when he takes the mound as Nuke Laloosh – flailing his arms around all over the place!

The film, on the other hand, was a commercial success on a small budget and is a great one to watch whether you’re a baseball fan or not.

Madonna in “A League of Their Own”

Another baseball movie that’s also great to watch if you enjoy a good guffaw at the actors’ playing abilities or otherwise. With Madonna in “A League of Their Own”, the hilarity reaches giddy proportions as the Queen of Pop looks so uninspired in the real baseball scenes.

And last but certainly not least, there’s Michael J. Fox in “Teen Wolf”playing a high school basketball player – or not as the case may be!

Talk about credibility – the diminutive actor clearly has never played basketball so quite why he was cast is anyone’s guess. At some points in this 1985 fantasy comedy– which centres around high school student “Scott Howard” (played by Fox), who finds out that his family has a rather strange genetic lineage when he turns into a werewolf -the actor can be seen dribbling a basketball quite comfortably. The problem is, that the balls is bouncing up to his head level – so inept is he at playing. And when you think of what must have ended up on the cutting room floor – it’s even funnier. It’s great fun to watch though.

So there we are – do great actors need to stay in genre? Seemingly not always – but be careful with the sports movies … please!