Treadmills are considered as essential parts in any health club and gym. We could see many people use treadmills everyday and this fitness tool is also beneficial for professional athletes. There is a close connection between treadmills and sports; and it is more than just two or three connections. In this case, we could see that treadmills could actually help us build up our endurance. By using treadmills, people are more encouraged to run. In this case, running could actually allow people to deal with constant exposure of physical activity. In the actual sports activity, people could exercise for longer period of time. 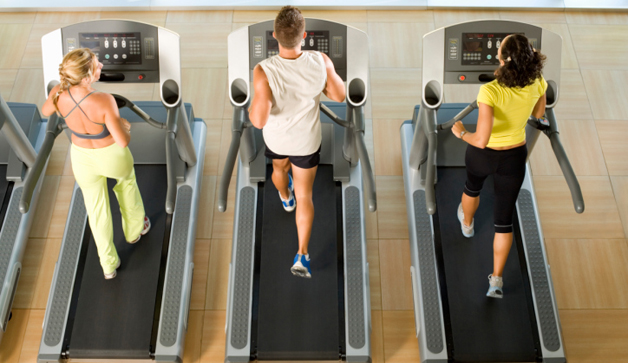 When using treadmills, athletes should focus on building up their endurance. By going slowly, we should be able to progressively win the competition. Many types of sports require good deal of endurance and this is a common thing that people do, to make sure that they gain better overall results. People who have enough endurance could actually explode with energy during the competition. Without proper level of endurance, people will get tired very easily and they will be eventually beaten by players who have better endurance. It is important for us to slowly build up our endurance, so we will be able to exert enough amount of effort.

In almost all sports, endurance is quite important. Even for athletes who don’t perform long distance running, they can still benefits improved level of endurance. Just about any athlete can use treadmills, so they will better performance. Karateka, taekwondo jins and judoka should also use treadmills frequently, so they could have improved endurance for prolonged fights. Often, a fighter loses because he gets tired, not because he lacks the fighting skill. In this case, endurance is also useful for soccer, volleyball and basketball players. While the clock is still ticking, the player should still maintain the proper level of performance.

Treadmill is actually not only about improving our endurance. It could also be used to develop our overall psychology as athletes. Many athletes could train their persistence by having a goal on how they long they will be able to go. It is also a measure of their psychological condition. Many athletes are not able to succeed because they think that they can’t go on any longer. Despite the pain, any determined athlete will be able to keep going. In this case, beating the treadmills could provide athletes a sense of purpose. It means that athletes won’t cower at the first real challenge they face.

Bad attitudes can be taken away by the use of treadmills and athletes will have a real hunger to succeed. There are many things that encourage athletes to stop. Treadmills should give athletes the hunger to keep going and this will apply even outside the sports world. People will be more active in the social lives. During winter or periods without active competitive matches, treadmills can be used indoor, so athletes are able to sustain good performance, even when it is not possible to train outside.