Great news for the hockey fans of Canada. In an exhibition play on Sunday Canada defeated Russia by 6-1. Reliable sources informed that the result was greatly influenced by the outstanding performance of Natalie Spooner. This is reported that Natalie had a hat trick in the exhibition play in the Sochi city, which is going to host the Winter Olympics 2014.

It is worth to mention over here that Meghan Agosta-Marciano, Jocelyne Larocque and Meaghan Mikkelson also performed very well in the game and had the others goals for the Canadian team, which will engage the Russians once more on Tuesday.

Experts of the game are of the opinion that this is undoubtedly an excellent opportunity for the Canadian team to observe their power by playing the game together. In addition to this, the exhibition play would also allow the Canadian team to get acquainted and accustomed to the venue as well as Sochi itself. However, it is remarkable that best hockey players of the nation are selected to host the city of Winter Olympics 2014 as a part of 11 days training.

However, Dan Church, head coach of Canadian team expressed that Sochi is still immeasurably under constructions while the Games that is scheduled to take place in the month of February approach rapidly. Church said that a lot of construction is completed on the site while a lot is left yet. He is surprised to find that in most of the case the workers are offering their dedicated service for 24 hours everyday in order to get the work done by the schedule time. He further stated that it is really amazing to find out that how successfully they are building the site.

Dan Church explained that one of the most significant reasons of participating in the game is directed to get familiar with the atmosphere of the city that he believes would help them to start their Olympic journey from a better position. 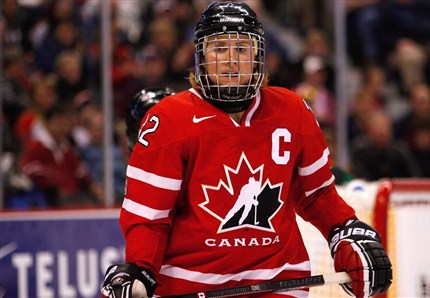 Sources informed that the games between Canada and Russia are played at the secondary rink Shayba that is considered as the venue for the games of preliminary round of the Olympic women’s tournament. It is worth to mention in this context that in 2010, Canada won gold at the Vancouver Games while the Russia won the bronze medal at the world championship that is held in Ottawa in the last spring.

Hayley Wickenheiser, one of the expert members of the Canadian ice hockey team believed that Russia is a place where the environment is entirely different than most of the other games they have participated yet. The language and food habit are also completely diverse from other ones. This experience allows the players of the team to reach the comfort level even more easily when they will visit the country during the times of Olympics.