Bob Orgovan, coach of Amity boys believe that Cross Country is not an effective way to get in shape especially for other sports. He is of the opinion that this is especially true to Amity boys. He further added that this was a trend that was quiet popular years back. However, in recent times the trend is going to become almost extinct. For the last few years, Amity boys hardly get acquainted with such athletes. 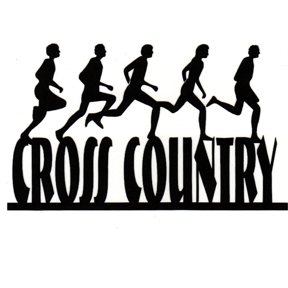 Orgovan explained that in the past their club used to train basketball players, wrestlers, and hockey players who are using track of Cross Country to get in shape. It is interesting to note that while players of other sports are using Cross Country, most of them are focused on running. However, this is not happening any longer. It is a common phenomenon for the athletes to utilize the Cross Country for track.

It is worth to mention that in the last season Amity ranked third at the Southern Connecticut championship and sixth at the Class LL championship. The coach is of the opinion that it was possible due to the outstanding performance of runners like Aaron Barkin and Michael Yuan. Orgovan stated that while their teams are participating in championship, they run in a pack, sacrificing their trivial self advantage and individual performance for the sake of better team scores.

Orgovan informed that almost all the runners of Amity also belong to the team of Cross Country. They are running Cross Country and track at the same period participating in 800 meters, 4×800 meters, one or two mile.

This is also goes for the Fairfield Prep. In the last year, the Jesitus placed eighth in the Class LL meet and second at the SCC championship. Bob ford, coach of Jesitus expressed that if the players are planning to use the Cross Country in order to get in shape for other sports, they wanted a rude awakening. He said that it is expected from the players that they can join the team and run six miles. However, it is quite an impossible matter as in order to reach that position, one must have certain abilities.

Ford further informed that one popular rugby player used to use Cross Country to get in shape that in turn encourages several lacrosse players to attempt it. He further added that it was not a good idea to use Cross Country. He further added that in most of the case, the players did not consult with the coaches that resulted in a very low success rate.

Orgovan opined that some coaches do not consider this issue as serious one. He informed that wresting coach of Spartan believes that if the wrestlers of his team participate in Cross Country it would boost up their endurance.