According to International Cricket Council Test rankings, Australia is defeated in England by 3-0 and in India by 4-0. This has pushed down the ranking of the country to fifth in the tests, fifth and seventh in the one day international and T20 respectively. The performance showed an unexpected fall in the graph. The blame is levied on over emphasis of the short forms of the game. The Australian team is now playing more of short-term games that are adversely affecting the form of the players. 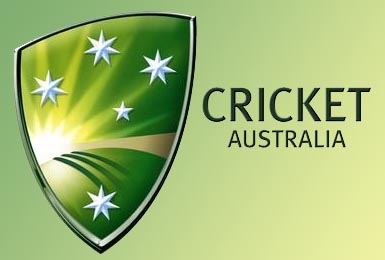 The cricket association of Australia brought about a change in the format with the view to improve the performance of the cricket team. They are of the opinion that if the players do not switch between the format of the game by maintaining a balance so that they might perform consistently.  The modern day players have to switch continuously between different forms. The one-day tournament will be played in the month of October and will be broadcast on a popular television channel. The Cricket Australia has decided to broadcast the matches on the Nine Network’s high definition channel GEM.

The cricket association of Australia has been lately focusing on the domestic schedule of the game. They believe that the change in the schedule will enhance the preparation of the Australian team. James Sutherland the chief executive of Cricket Australia, remarked that from 30 October to mid December the cricket team will be playing in the in the rigorous schedule of Sheffield Shield cricket. Following this procedure strictly all the players will have a minimum of two games to play and a maximum of three matches to play in the Sheffield Shield cricket tournament. This way they will get many opportunities to prepare themselves for the Ashes Test.

According to a spokesperson of Australian cricket board, The Sheffield Shield domestic tournament is scheduled to be played in nine rounds. It will be taking place day and night. Pink balls are to be used in the games. By adopting such inventive means the cricket board is including suitable equipment and transforming the playing conditions. The authority is hopeful that the change in the mode will ensure a proper day and night test cricket in Australia.

In addition to this the Cricket Australia has separated different formats of the game between two blocks that is Sheffield Shield games and Big Bash League. The authorities have scheduled the one day and T20 format for the latter. Some sports critics accuse the one-day series played in India. They surmise that the tournament might adversely affect the performance of the team in the upcoming Ashes series that is scheduled to begin in the month of November 1.

Evidently this is the first time the Cricket board of Australia has made such transformation in the format of the game. They are optimistic that it will surely revive the declining performance of the team.