Ryan Newman announced his plans for 2014. Newman seems to be pretty exhausted especially emotionally during the time of the declaration. He supposed to celebrate the latest job with Richard Childress Racing on Monday after being appointed by them to drive the No. 31 Chevrolet in the next season by replacing Jeff Burton. 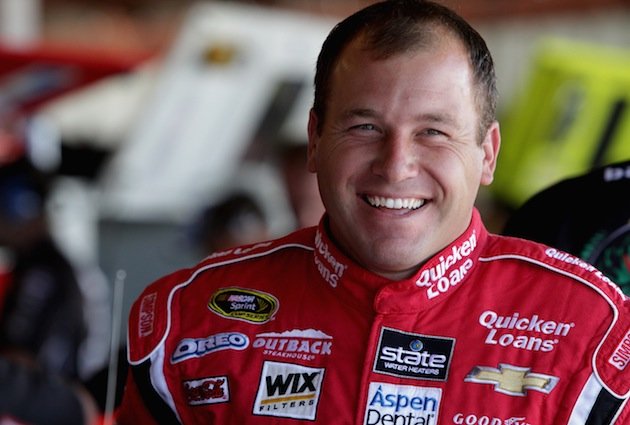 Sources informed that on the Saturday night during the race at Richmond, Newman was leading and it was only seven laps to go that would allow him to reach the final spot in the 12-driver Chase for the Spirit Cup championship. However, sudden spun of Bowyer along with a series of events directed in losing of the race for Newman while most strikingly, Martin Truex, another teammate of Bowyer reaching the final of Chase. However, Newman believed that he had the opportunity to win the race until a slow pit stop by his Stewart Racing crew.

In the words of Newman, the incident of that night was really embarrassing. He also stated that in his entire career of 30 years he did not experience such a bad day when everything went wrong.

National Association for Stock Car Auto Racing, which is popularly known as NASCAR is reported to reviewing the communication between Michael Waltrip Racing crew and Bowyer that appears to be the indication that the spin was deliberate. However, there are also some additional information that indicates the fact that MWR had Bowyer and Brian Vickers, the driver to take a dive in the last three laps of the race so that Joey Logano is able to knock Jeff Gordon out of the competition and offer opportunity to Truex to win the race.

Newman informed that he had spent almost sleepless night on Saturday. Several persons communicate with him on that night regarding different aspects of the incident. Most interestingly, he stated that it would be quite wrong to believe that this incident has affected him alone. Truex, Jeff Gordon and Logano are also affected by the incident. He is of the opinion that after that incident it is rather difficult to perform emotionally, mentally and physically.

However, after knowing the fact the final seven laps were influenced by MWR, he offered mixed reactions. Sources informed that in the pre-race meeting with drivers prior to the race of Saturday night, officials of NASCAR warned the driver not to try manipulating the result of the race. It is informed that the officials are aware of the fact that there was a great chance of these unwanted happenings in this race.

Newman compares the entire incident buy saying that although there was a high chance for fire while no one grabbed the extinguisher that results in the inevitable and desired outcome. He also expressed he is interested to know the result of investigation conducted by NASCAR as well as how they handle the matter.

As per expectation, Bowyer has denied that his spun was intentional. However, manufacturer Toyota and officers of MWR denied offering any reactions. Moreover, sponsors NAPA Auto Parts (Truex) and 5-Hour Energy (Bowyer) also remain silent in the issue in spite of the fact that they are paying millions of dollars to fund the race.

The History of NASCAR Racing