Game of Thrones is an amazing TV series that has managed to make a really good name for itself without the help of any big onscreen names. While the actors cast in each role did bring a lot of talent to the project, it is with Game of Thrones that most of them have found stardom and critical acclaim. That being said, it’s definitely an event worth recognizing when the Game of Thrones directors and producers decide to bring a big name onscreen. Such an honor was attributed to famous singer Ed Sheeran.

The British singing sensation has been a long time fan of the series and rumors of him being on the show have bee around for a very long time. According to the show’s producers, it’s been years since the first time they’ve tried to bring Sheeran onboard. That being said, Ed Sheeran had quite an interesting role to play on the Sunday premiere of the newest Game of Thrones season.

When it comes to singers, what better role to cast them in than as actual singers? Although this particular case was a little more than that, it could be boiled down to Sheeran doing what he does best, and that’s enchanting us with his beautiful voice. 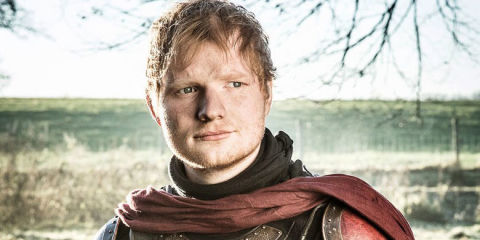 Ed’s scene in the show

In his Game of Thrones debut, Ed Sheeran played Arya Stark’s companion, which whom he has a conversation. In the show, Arya Stark is portrayed by Maisie Williams which does a great job of capturing the character’s essence. The young actress has been long praised for her performance and since she’s probably the biggest Ed Sheeran fan on set, it was only appropriate that the two share a scene together.

In the scene, Ed Sheeran sings a song to Arya, which is actually a song taken from one of George R.R. Martin’s A Song of Ice and Fire books. Upon hearing the song, Arya comments that it’s a nice song, and that she’s never heard it before. Sheeran’s character then adds that it’s a new song.

A slew of celebrities has celebrated their excitement of Sheeran’s Game of Thrones debut on social media and Twitter blew up with tweets from celebs like David Beckham which had only words of praise and congratulations for Sheeran.

It’s always great when great things come together. Game of Thrones, a great TV show based off of a great book series, and Ed Sheeran, a great singer that has put out some really great records in his still blooming career, have made quite the splash to inaugurate the former’s season 7 premiere. If you can’t get enough of Ed Sheeran, you should drop by Melofania.com and grab some ringtones that can remind you of the freshest Game of Thrones star. 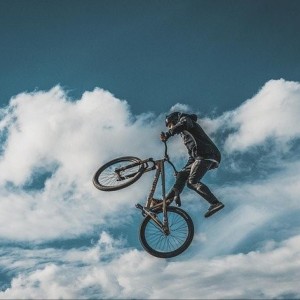