If you play in a fantasy sports league, you want to know how your potential players stack up, especially if you root for a specific football team. For example, if you are a Baltimore Ravens fan, you want to know what a fantasy expert may think of your team. Well, here’s a look at how Ravens players stack up when it comes to your fantasy sports league.

Rice has four straight seasons of at least 1,100 yards rushing and 60 receptions. He had 10 touchdowns in 2012 (nine rushing, one receiving) and has 25 TDs over the last two seasons.  At the end of last season, rookie Bernard Pierce began seeing more action, getting 39 carries in four postseason games, but Rice’s carries also went up, from 16.1 carries per game in the regular season to 21 CPG in the postseason.  Pierce was also a nonfactor in the passing game.

Smith has put up similar numbers in his first two seasons – 50 receptions for 841 yards and seven TDs in 2011 and 49 receptions for 855 yards and eight TDs in 2012. His 17.4 yards per reception in 2012 was fourth-best in the NFL. Smith figures to be in line for more targets with Anquan Boldin now on the 49ers and Dennis Pitta out for the season with a hip injury.

Flacco threw for 1,140 yards, 11 TDs and no interceptions in four postseason games, leading the Ravens to the NFL championship. But Flacco has come nowhere near that rate of success during the regular season, with his 3,817 yards and 22 TDs in 2012 consistent with his production the last four seasons.  The absence of Boldin and Pitta lessens the chances of Flacco being able to carry his postseason numbers into 2013.

Pierce, a third-round draft pick in 2012, gained 532 yards in the regular season and, as noted above, saw his workload increase late in the year, rushing for 202 yards in the postseason. He had a yards per carry of 4.93 in the regular season and 5.18 in the postseason. But Pierce scored only one TD and had just seven receptions all year. As long as Rice is healthy, Pierce projects as a handcuff rather than a threat to Rice, who has played in every game over the last four seasons.

Pitta’s injury creates an opportunity for Dickson, who was forgettable in 2012 but caught five TDs and gained 528 yards on 54 receptions for the Ravens in 2011.

Jones had a spectacular postseason, saving Baltimore’s playoff hopes with a 70-yard TD catch against Denver, then catching a 56-yard TD and returning a kickoff for a record 108-yard TD in the Super Bowl.  But Jones had only three other receptions in Baltimore’s four-game postseason and has yet to prove that he can flourish at receiver as he has as a kick returner. In six seasons, Jones has a total of 12 receiving TDs and his receiving yardage best is 562 set in 2010 with Houston.  But Jones, now 29, could have his best opportunity yet to establish himself at WR with Boldin and Pitta gone.

To learn more about how to play in a fantasy sports league, visit DraftStreet.com.

Jon Lewin writes on a variety of fantasy football and fantasy baseball topics. 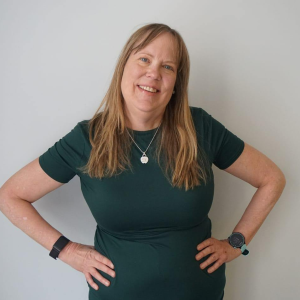