China is a popular tourist destination and it has a wide variety of well preserved relics that date back thousands of years ago. There are literally hundreds of interesting places that we can visit in China, but travellers with more limited time could visit these places. In the Wudang mountains, in Hubei province, visitors could go to the Ancient Building Complex that’s built more than 1000 years ago. It is a symbol of the highest standard of arts from the era. The ancient city in Ping Yao is very well preserved and it shows us how an old Han city typically looked like in the ancient China times.

Hongcun and Xidi are two old towns that represent how rural settlements are transformed since the last century. The traditional architectural and styles symbolize the strength of the locals. It is the place where we can find the remains of three cities and dozens of tombs. The nine classical gardens in Sozhou are known for their natural beauty. These gardens were first built in the 11th and developed further until 19th century. The Dazu rock carvings are essentially exceptional and magnificent. They were made since the 9th century and new carvings are added until 13th century. The carvings symbolize the harmony between Confucianism, Buddhism and Taoism during the era. 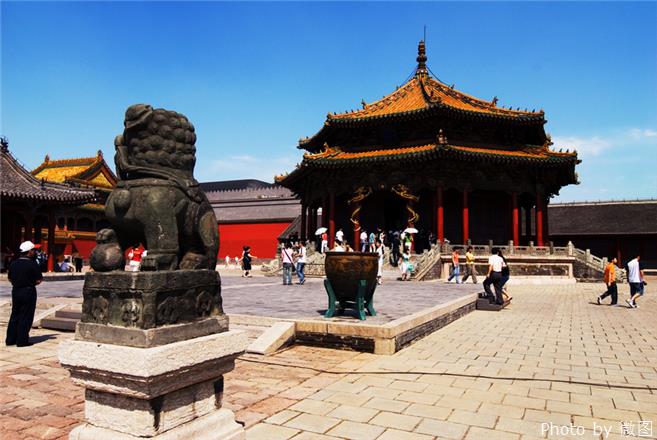 The Potala Palace in Lhasa was originally the winter palace of the Tibetan Dalai Lama and it symbolizes the local Buddhism faith, The architectural beauty and design of the Potala Palace adds to its religious and historical interest. The Imperial Palace of the Ming and Qing dynasties in Beijing testifies the greatness of the final Chinese dynasties that finally succumbed due to the invasion of Japan. The Ming and Qing dynasties also leave some of the more beautiful statues, tiles and carvings in their tombs. The Longmen grottoes are wonderful collections of old Chinese arts from the Tang and late Wei dynasties.

An important spiritual center in China is the Mount Lushan in Jiangxi province. It has a strikingly impressive landscape and has inspired many artists in their works. The first emperor of the Qin dynasty was buried in a big mausoleum and it is guarded by the very famous terracotta warriors. These terracotta warriors were unusual, because each have different faces, like normal people. The Mogao caves are located along the Silk Road route. There are nearly 500 caves in the area and we can find in the various Buddhist paintings and carvings. The irrigation systems in the Mount Qungcheng and Dujiangyan was constructed in the 3rd century and still impressive to this day.

The Great Wall of China is a must-visit attraction in the country and it was originally intended to prevent military incursions from the North. The wall certainly won’t halt a focused, massed attack; but it could delay attackers and deter smaller raids. In Zhoukoudian, we could visit the site of the Peking Man and it is one of the early signs of pre-historic society in the Asian mainland.