In most parts of the world, basketball is one of the most popular sport. For this reason, people all over the world rush to this sport often and in large numbers, which inevitably leads to injuries. Sure, no one goes onto the court expecting to get injured, but it doesn’t “hurt” to learn a bit about the hazards. According to some statistics, basketball in an unorganized setting is amongst the major causes of injury, which is yet another reason to be on guard. This being said, here are some of the most common basketball injuries. 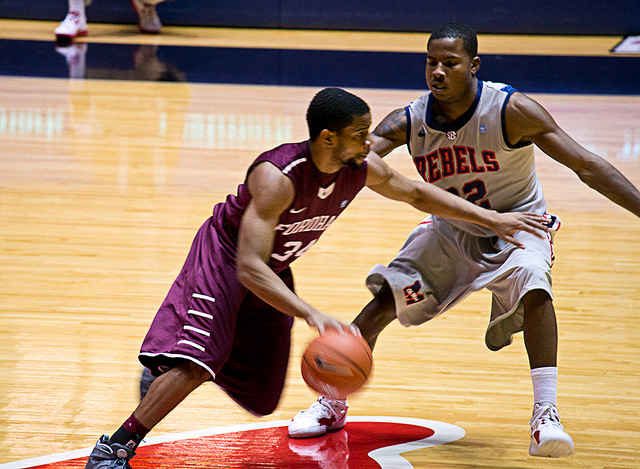 Not just an amateur thing

First of all, it is true that much of the basketball that takes place around the world is disorganized and unsanctioned. On the other hand, it is false to assume that this is the main reason for injuries. Sure, it might be the most important reason, but it is far from being the only one. To endorse this fact, a study called Injury in the National Basketball Association was conducted, where it was noted that over the course of 17 years, 1094 reported being injured up to 3843 times. In other words, injury is just in the nature of basketball.

Unlike soccer, where one’s face is simply too far from where all the action’s at, this is unfortunately not the case with basketball. First and foremost, it is not uncommon for one playing basketball to get a finger or even an elbow in their eye. This is usually nothing serious, but every once in a while, it could be quite dangerous. Additionally, a broken nose (elbow again) and even an unintentional punch in the mouth could happen at any time and there really is nothing you can do about it but try to be careful. It goes without saying that it is up to you to take care not to injure people around you and hope that everyone else will be as considerate.

Like in any other sport, your joints, feet and knees will be under a lot of pressure. Everyone knows that this goes for virtually any sport, but imagine how dangerous this can be in a sport in which jumping is literally the thing you do all the time. Even though these kinds of injuries are usually not serious, the situation can sometimes worsen if unattended. Make sure to visit a physician just in order to make sure that everything is all right, but even more importantly, rest until there is no longer pain. For example, the only proper way to treat a sprained ankle is to ice, elevate and rest for as much as possible. Underestimating an injury is one of the worst things you could possibly do in a situation like this.

Unlike with the previously mentioned injuries, not all is fun and games when it comes to basketball. First of all, in the heat of the game one might fall in a rather inconvenient manner and in this way sustain head, back or even neck injury. In a recent conversation with medical experts behind FrontlineER it came to our attention that the absolutely worst thing you can do in a situation like this is try to help yourself on your own. What you should do is try not to move an injured person and call for emergency services.

As you can see, these injuries vary based on many factors, but are often completely unavoidable. Sure, the risks are reduced in a controlled environment, such as a regulated and monitored game, but even this is not a guarantee that a thing like this won’t happen again. Still, this is just the way things are and it is what basketball is all about, the most you can do is learn a bit of all the things that could happen out there and if it comes to that, act accordingly. Although it may not seem like much, it really is.

What Are The Most Common Football Injuries, and How To Avoid Them

Does Clothing Affect Your Sports Performance?