National parks are real paradises of our planet and an integral part of the wealth of the natural world. They strike with an incredible beauty, and have a large range of plants and animals living on their territory.

This is especially true of parks in North America. Huge areas with picturesque landscapes are open for travelers who wish to keep in their memory positive emotions and impressions from visiting these amazing places. If you are one of them, then it would be a great idea to pick up a car through Rentalcars24H and go to the following places…

Yosemite National Park is a nature reserve with the area of ​​3,081 square kilometers located in the western part of the Sierra Nevada in California, USA. The wide and abundant choice of natural attractions, as well as a large number of tourist paths and routes allows it to be the second most visited park in the country.

Mighty granite rocks, vast valleys and meadows are combined with fast rivers and blue lakes. Gorgeous waterfalls, dense groves and forests are an ideal setting for the fans of natural beauty. More than 250 species of vertebrate animals inhabit the park: the most famous of them are the American black bear, gray fox, black-tailed deer, and red-haired lynx.

The most emotional and fabulous views of Yosemite Park can be admired on winter days, when the frozen rivers and waterfalls, along with snowy mountain ranges and forests give an unforgettable feeling of delight and calm. 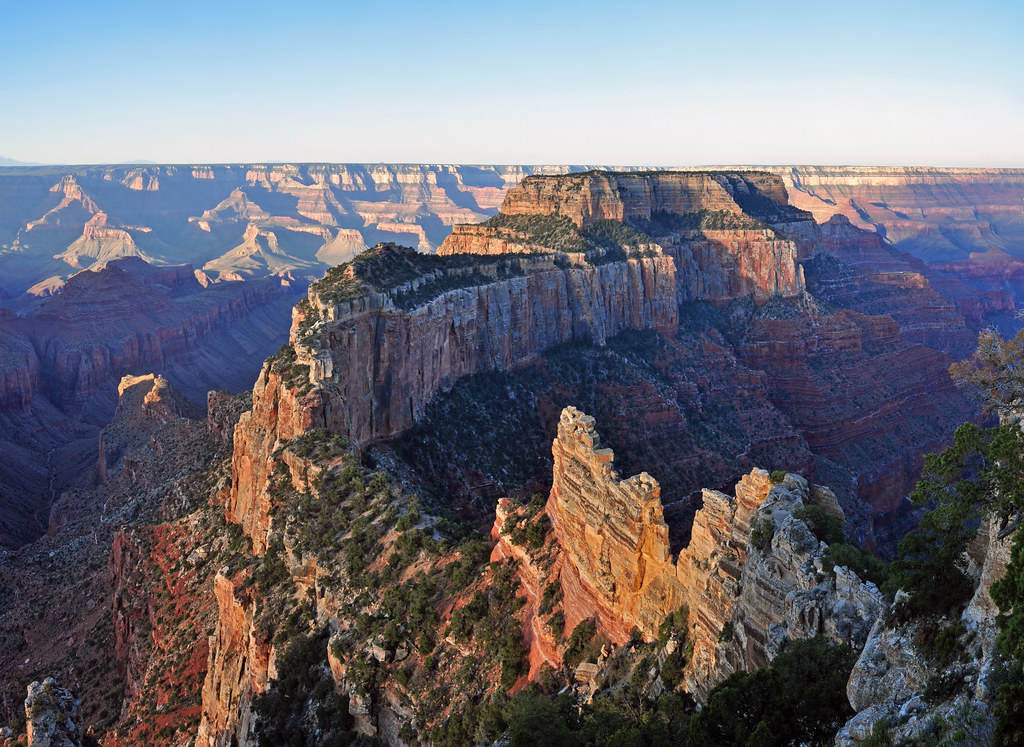 The Grand Canyon in Arizona is undoubtedly one of the most beautiful national parks in the world. Since 1979, it has been a center for beauty, peace, and picturesque grandeur. Asymmetrical forms of the exposed ancient rocks of the park are one of the clearest examples of soil erosion. The area of the Grand Canyon is 4,927 square kilometers.

The nature of the park is quite diverse – it includes forests and stone peaks of cliffs overgrown with small bushes. Single-leaf pine, Utah juniper and mountain oak dominate among the growing trees. Warm sunny places of the canyon became home to such desert plants as bananas, yuccas and cacti. Adapted to favorable habitat conditions, many species of animals have a wide distribution in the area. As for the mammals, the most common representatives are black-tailed deer, thorny rams, lynxes, coyotes, beavers, ground squirrels, chipmunks, rabbits and bats.

The Grand Canyon, separated by the Colorado River, is unrivaled in its panoramic views, impressive cliff sizes and unique landscapes.

The very first and oldest national park in Canada is Banff Nature Reserve, which has the area of ​​6,641 square kilometers and was founded in 1885 in Alberta.

The park is located on the slopes of the Rocky Mountains, and their mighty snowy peaks inspire travelers from all over the world. Stone cliffs, clean mountain air, waterfalls, dense coniferous forests with crystal-clear lakes truly impress with their beauty and grandeur. In some places there are several hot springs with mineral water – they are often visited for preventive and therapeutic procedures.

For such animals as bears, wolverines, goats and chipmunks, forest and mountainous areas have become a permanent habitat. The flora is represented mainly by evergreen trees and shrubs.

The city of Banff itself annually receives a huge number of those who like outdoor activities and extreme sports. The Rocky Mountains are literally dotted with trails, slopes and roads for snowboarding, skiing, sledging and snowmobiling.

The picturesque Jasper National Park, founded in 1907, is located in the Canadian province of Alberta. Occupying the total area of ​​more than 10,878 square kilometers, the park combines mountain landscapes of the Main and Front Ranges, as well as the foothills of the Rocky Mountains.

The main natural resources of the park are snow-covered mountains, river valleys, glaciers, noisy waterfalls, clear lakes and meadows. The glacier and waterfall under the common name Athabasca together complement the colorful picture among the main attractions of the park.

Favorable climatic conditions in Jasper created a permanent habitat for the numerous representatives of the animal and plant world. Extensive forests have varieties of evergreen trees, such as larch, yellow and Weymouth pines, Douglas fir, and juniper, which are quite common for these places.

Canada’s largest natural site welcomes its visitors with the opportunity to organize various activities – fishing, sports games, extreme sports, hiking and horseback riding, cycling and canoeing, rafting, as well as many other leisure options depending on the choice of guests. 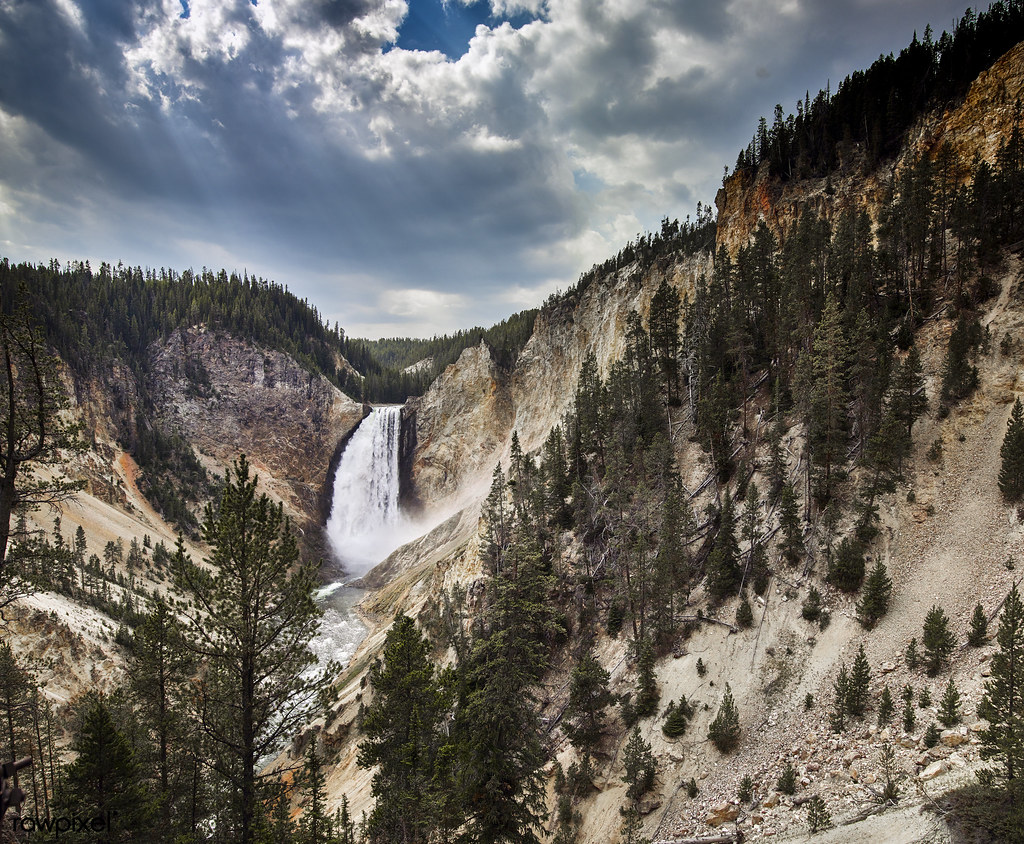 The oldest national park of the planet, Yellowstone was founded back in 1872, and after 106 years it was declared a UNESCO World Heritage Site. The park is famous for its impressive landscapes, rich and completely wild nature, as well as magnificent geysers, among which the Old Faithful geyser is the most amazing place.

The park is spread over the impressive area of ​​8,983 square kilometers. Most of its area is located in Wyoming, but it also includes Montana and Idaho. At the altitude of 2,376 meters you’ll find the largest water reservoir – Yellowstone Lake, formed on the site of the eponymous caldera.

In addition, the park has a huge number of small rivers, lakes, valleys, canyons and mountain peaks, which largely determines the extraordinary wealth of flora and fauna – there are bears, wolves, moose, bison and other animals, so guests of the park should be careful. The territory of Yellowstone Park is mostly covered with forests, so fires sometimes occur during the hot summer months – in 1988, almost a third of the park burned down, which caused severe damage to the local biosphere.

When In Dubai, Do As The Sheikhs Do: Travelling During Ramadan

3 Ways To Prepare Products For Shipping