Serena Williams faced challenge only at the end of the US Open semifinal. However, she delivered a 107 mph service on match point no. 7 and won the match. She won the match after a 6-0, 6-3 game against Li Na of China. It is informed that she let out two shouts that is the outcome of rejoicing and relief in order to reach the final at Flushing Meadows.

In the interview, Serena Williams expressed that she was feeling a little bit tired on the course of the match, which makes her a bit slow. The opponent grabs the opportunity and utilizes the chance to make some good points. 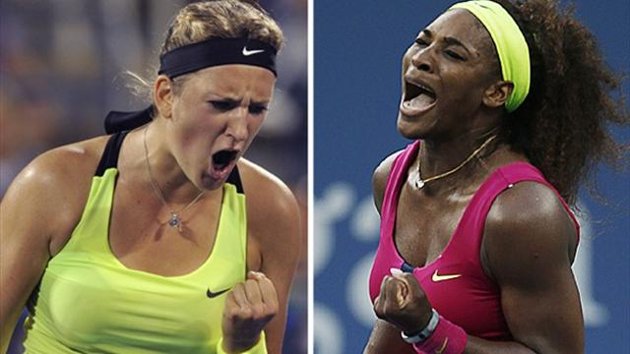 It is worth to mention over that this victory allows the No. 1 ranked tennis player to reach the final of the US Open, which is scheduled to take place on Sunday. In that match the challenger of Serena is Victoria Azarenka of Belarus, who holds the second position in the world tennis rankings. On the other hand, long after 2002, these two women are going to face each other in the final of the U.S. Open for two consecutive years. Most interestingly, Serena is also involved in the game of 2001 and 2002, when she played the final against her sister Venus and won in 2002.

Williams further stated that the experience of reaching the next round was pretty exciting. Experts of the game were almost certain about her victory in the semifinal as they noticed Serena was almost untouchable and dominant since the last two weeks. Interestingly, they are busy to predict how long it would take to win the game for Serena.

It is remarkable that Serena won 12 times out of the 15 meetings she had with Azarenka in the tennis ground. However, last year in New York, it was evident that Azarenka managed to push Williams to three sets. Experts are of the opinion that Serena Williams has a lot of prospect to become the first lady to win the U.S. Open without losing a set.

Serena, the winner of 17th Gland Slam title stated that she set some particular goals for each game and aimed to reach them, which she believes would help her to remain focused. Women’s Tennis Association (WTA), Williams has dropped sixteen games in the six matches of this tournament that according to WTA is the second lowest of lost games since last two and half decades in a Grand Slam Tournament.

Azarenka addresses Serena as the greatest tennis player of all the time. When answering about the strategy she will follow in the final to make the match competitive against the amazing player, Azarenka expressed that she will give her best effort to cope up with the every type of opportunity to challenge Serena in the match.

Azarenka further added that both of them are well aware about the strengths and weaknesses of each other. She believed that this would play a vital role in the match, as they know what the opponent will do in certain situation.

How To Read The NFL Lines

Do’s and Dont’s of Golfing