The X-men movie franchise has grossly under performed its expectations. The movies still make money but compared to their Marvel counterparts Fox has really dropped the ball. The disappointment Marvel radiates towards Fox has led to an epic trademark dispute. One of the reasons, in my opinion, is character selection. 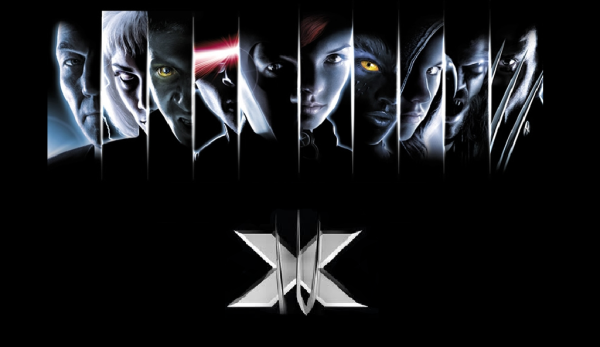 It appears that Fox wants to get too many big name characters in their movies or people with special talents that will look great on screen. It ends up like one of the movies with an all-star cast, that just doesn’t get good reviews or appeal to anyone. Each movie brings in new popular x-men and then makes them disappear. We aren’t left with great story lines or any connection with the characters. I have never found myself caring about what happens with any of them. So let’s start with character changes that Fox should make in order to make the movies better. Let’s start with who needs to go.

Mystique was an X-man for about 15 seconds. She has spent the better part of the last 3 decades as an enemy of the X-men. I am not sure why she has been heavily included in the movies. There is nothing about the character of Mystique that really fits with the idea of the X-men. Most of the X-men were conflicted with their powers. Many didn’t even want them.

The X-men is a story about teens who are coming into their own as outcasts. They are dealing with the puberty pimples at  the same time they are trying to figure out why they have lasers shooting out of their eyes. The X-men for the most part are a troubled mess; they are the hot girl you dated in high school, who  ended up hiding in your bushes when you broke up.

Mystique has almost always had everything together. A leader and member of the Freedom Force and enemy to the X-Men, she liked the power she had. Sure she ended up joining the X-men for a few issues before she betrayed them. That would be a cool story, but if they aren’t going to use her as an enemy, she just doesn’t belong. Her power really makes for a cool effect, but it doesn’t add anything to the fight scenes. Its a special effect that we have seen enough to get tired of.

What does Angel do? He flies! That is it. He isn’t super strong, and doesn’t have an awesome catch phrase; he just flies. Dark Angel and Arc Angel are pretty great, but once again, they need to focus on their story or we just don’t get it. If Fox is going to tell a story about Angel, then sure I would buy the transition from pansy in spandex, to agent of death. That is a great story by itself, but as a character and part of the group, there really isn’t any chemistry. His power needs to fit in and benefit the group setting and the fit isn’t there, especially when there are more likeable characters that have been ignored.

His story is great. Rich boy grows up with everything, but has to leave it because his parents aren’t accepting of his wings. Hey, I can relate to that story. We see that in everyday life; I can feel his pain. I wouldn’t mind seeing that story brought to life on the big screen. I would even like to see his loss, suffering and transformation that lead to Arc Angel. It would be great to see the mutant massacre brought to life and have it progress into Apocalypse. However, if Fox isn’t going to go that direction, which they obviously aren’t, then they need to move on to something that tells the story inside the group.

His stint with the X-men was almost as short as Mystique’s, and he spent most of his career as a member of Magneto’s Brotherhood of Evil Mutants, the rest with the Avengers. His power doesn’t always translate as a team power. You rarely see him use the power in conjunction with someone else’s.

Magneto has a lot of history with the X-men. He has been their enemy and their ally-even taking over for Professor X leading the X-men on a few occasions. However, I think his time in the movies needs to come to an end. His role is the exact same in every movie. He is an antagonist for Professor X. Every movie with Magneto comes down to the same dialog of humans vs mutants. Both Professor X and Magneto spew the same arguments over and over. Their relationship hasn’t evolved or changed since the very first movie.

Every X-men movie doesn’t have to involve Magneto. The X-men have a ton of great story lines that doesn’t include Magneto. Thinking they have to have him in every movie, playing the same character, making the same arguments, is actually holding the story back. Mutants vs Human has been the theme in every single movie. They need to get Magneto out to tell a different story.

There are X-men who should be involved in the movies. We have major X-men who haven’t been in the movies or portrayed very poorly and we lack likeable characters who make the group dynamic more enjoyable. In the Marvel Avengers movies, we have two very important but supporting characters in Black Widow and Hawkeye. They are a sub-group within the group and their dynamic is almost as interesting to watch as it is with the rest of the team.

The sub-group often fights together; they have more dialog with each other than with  the rest of the team. They have their own story, that we never find out, but learn bits and pieces of. That dynamic has not been present in the X-men movies but was present during the comic books. So with that in mind here are three characters that the X-men should incorporate.

Dazzler brings a different element to the X-men. She is a popular singer, a pop-star, who is open with the fact that she is a mutant. She is well- liked, but she is also the hot high school girl hiding in the bushes. She is a wreck on the inside. Because Fox needs the big-budget special effects to make them feel like they have made a movie, Dazzler can keep the execs and the fans happy.

Dazzler has the ability to turn sound into light. She can attack by projecting colorful energy beams from her hands. Not only is it lethal, it can also provide enough special effects to require an epilepsy warning after the previews. Bryan Singer whose X-men movies have relied more on special effects than story telling could have a hey- day with this. What’s more awesome is that she fights while she is  on roller skates. Now that could be doubly awesome for Bryan Singer. But an appearance by Dazzler just wouldn’t be the same without her love interest, Longshot.

Longshot is a genetically- engineered- life-form from another dimension. Even though most fans don’t know who Dazzler and Longshot are, the two  would make the perfect supporting cast. They would be very similar to Hawkeye and Black Widow. They could have their own story, make for great special effects and not overshadow the main characters. The real benefit to Longshot is how he encourages collaboration while in battle.

Longshot has the unique ability to alter luck. The action sequence possibilities are limitless. Juggernaut goes to punch Wolverine, slips on a banana peel while  Magneto gets in an argument with Charles about a looming war between humans and mutants. Takes off flying in a fit of rage, and  gets hit by a plane.  In a heated battle, something like the banana peel, changes the outcome of the fight. Realistically, the movies have got away from the teamwork aspect of the X-men. A character like Longshot can bring it all back. Done right, the combo of Dazzler and Longshot could even become their own movie. I would pay to see that.

Out of all the character snafus that Fox has made, this one is the worst. Rogue was a better part of the X-men for more than a hundred issues. She was one of the most troubled ones, as a girl who wants to be normal, be in love, but can’t. In the first X-men, she was whiny and weak. I was positive they were going to work the Ms. Marvel angle in at first (Rogue got her awesome powers from Ms. Marvel). Unfortunately they didn’t do anything with Rogue, except make her more whiny.

Rogue isn’t that expensive of a special effect. She flies, has super human strength, extra resilient skin that acts like armor and a whole lot of sass. She was one of the original ‘bad boys’ of the X-men. When it came to fighting, she was much more like wolverine than rainbow brite. With the exception of Wolverine, the X-men franchise doesn’t carry the sass that makes for good laughs and is often displayed by insecure teenagers.

Let’s not pretend that a couple of  character additions and subtractions are going to automatically improve the story telling in the X-men movies. However, should Fox become ambitious and decide to tell a good story with great action sequences, these characters can make it much easier.

Sharod Ivie is an entertainment consultant for an authorized DirecTV Dealer in Wichita, Kansas. He has followed the X-men comics for more than 30 years and consults for super- hero themed events.