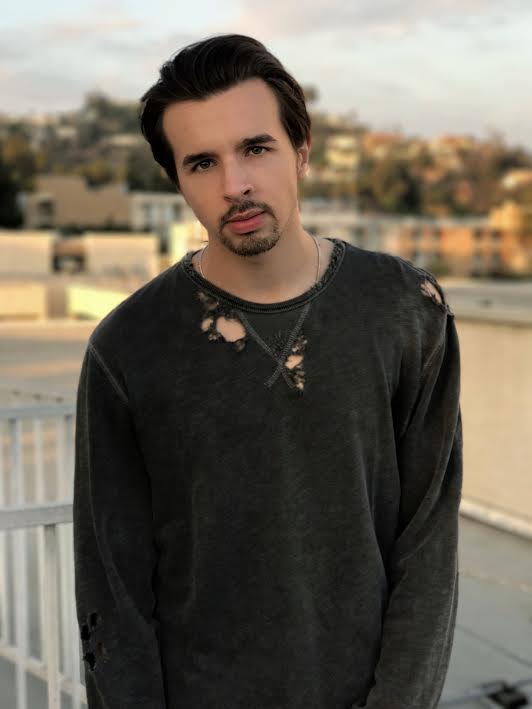 The thing that inspired Yannik Collin to become an actor is simple: he loves movies and he always has as long as he can remember. Love may be an understatement he is passionate about films. In fact, when he was much younger he watched the movie Avatar so many times that he could say the characters’ lines as he viewed that blockbuster. As he was telling us this, a smile came over him and he told us that “I think I’ll have to watch it soon.”

Yannik also told us that even though he loves movies, he didn’t go into this business for the money. He said, “I think if you come into this industry with only money in mind, you won’t end up where you wish you were. It’s an extremely hard business so you have to love it first and then you can think about other things like money.” Wise words from a successful actor.

Although he has acted in scores of projects, he still finds inspiration from watching other actors perform. He thinks it’s important to watch the greats do what they do so that you can have examples to follow. When he studied acting at the Los Angeles Performing Arts Conservatory he met and watched some very amazing people perform in all types of productions and scenes. He learned the fundamentals of his craft there and he sees that wonderful place as where it all started for him.

Of course, Yannik really started in a small town in Quebéc, Canada, where French Canadian was his first language. He was so interested in films that even when he was young he got together with friends and made and acted in short films. Acting and filmmaking got under his skin and when he was 18 he took all of his savings, bought a plane ticket and landed in Southern California where he is currently residing an working very steadily in movies, TV, music videos and stage plays. He also has his own radio show called Accent On Yannik. He appeared so frequently on the Radio show Accent On that the show’s popular host Illona Europa gave Yannik his own segment. The LA Talk Radio show is a hit and so is Yannik. He is obviously a very talened actor and radio host and we can’t wait to see what he does next.