The biological diversity of Crete is very rich. It is most noticeable in the spring, when all nature blooms. To date, over 1,700 species of plants have been registered here. In some farther reaches of the island, especially on the surrounding islets and on the slopes of White Mountains, a lot of rare species grow, which you will not find anywhere else on Earth. These rare plants attract scientists from year to year from all over the world. Botanists come to study flowers, including stunning Cretan orchids. In the White Mountains and on the Dicte Mountain range, in the small “flower paradise” of Rethymnon’s Gious Kampos plateau and on the Gramvousa Peninsula, you can find tulips, which do not grow anywhere else.

Crete is famous for its aromatic herbs and plants, which grow throughout the island. The curative properties of many of them have been known since time immemorial, and today these plants are specially grown.

Most tourists come to Crete in the hot summer period. At this time of year, the island resembles a desert: brown mountains, dry bushes and a lot of dust.

In winter and spring, Crete changes completely. Fresh grass and spontaneous vegetation are making the island green. If you have seen the island in summer, then you will not recognize it in winter. If you want to watch the diversity of the island’s nature, visit the gorge of the Kampos village. The car rental at Crete Heraklion Airport would make your trip more comfortable and much nicer.

In the village of Kampos (1.5 km west of Evdilos), there is a small museum with a nearby 12th century church and the ruins of the Onoi ancient city. Several columns and mosaic floors of the 4th century basilica, which are visible in the courtyard, have been preserved in this city. A little further down, you would see the ruins of the Byzantine palace, which was used as a place of residence of especially noble exiles.

On another road, which descents to the mountains, you can easily get to the Moni Evangelistria Monastery. This is one of the most picturesque medieval monuments of the island, which is 4 km south from the Kampos village. This amazing complex, the construction of which literally hides under giant stone slabs among pine and tamarisk thickets of the highlands, is a mystery. It is still unknown who and when built the monastery. Only the late Christian constructions of IX-XIII century are clearly dated. It is as well unknown with the help of what technology the ancient architects managed to lay these bastion-like buildings right under the natural stone slabs. There is also an amazing chapel with frescoes dating back to 1688.

The Gious Kampos plateau is on the western edge of mount Kedros, near the Amari Valley, about 31km south of Rethymnon. This plateau is small but very special as there is a lot of flowers in spring here. The name of plateau means ‘the plain of Eos’ (Aurora), who was the goddess of dawn in Greek mythology.

In spring, this small plateau is filled with beautiful shades, when thousands of endemic tulips, which are called ‘Tulipa doerfleri’, are starting to form a bright reddish carpet. These types of tulips were declared protected by a presidential decree of 1981. Many wild orchids also grow here: more than five species of orchids could be found on one square meter in the natural environment of the Amari Valley.

Entrance to the gorge is blocked by a gate that protects the territory from sheep. After entering, it is necessary to close it tightly after you. Then the path goes down into the thick of plane trees and continues there. Kampos is a very green and shady gorge. Even in the heat, it’s cool here. The rivulet, rising from the waterfall, goes underground. On both sides of its clear rocky bottom, the trails are winding, you can choose any of them.

On the slopes, you can see small malotira shrubs.

Almost all of the ‘mountain tea’, which you are offered in a tavern in Crete, is made from the malotira flowers. It is nice to drink this tea in the heat, or when you are having cold, and it helps to ease pain in the stomach.

St. John’s Creek with giant trees and bubbling water, emanating from stones, helps visitors to refresh themselves. You will also see a hill with a small forest of fir trees and other trees. On this fertile plateau, the vegetables, which are widely known for their taste, and which are valued for their nutritional properties, are growing.

The plateau could be reached through the village of Gerakari or Kissos. If you are here, also visit the villages of Amari Valley, the Potami dam, enjoy nature, meet the locals, scale the Kedros Mountain and discover the southern coast of Rethymnon.

The gorge stretches almost to the beach, but at the end, it is no longer pedestrian, as it becomes overgrown and stony. The path to the beach from the village (including snacks) takes just about an hour. 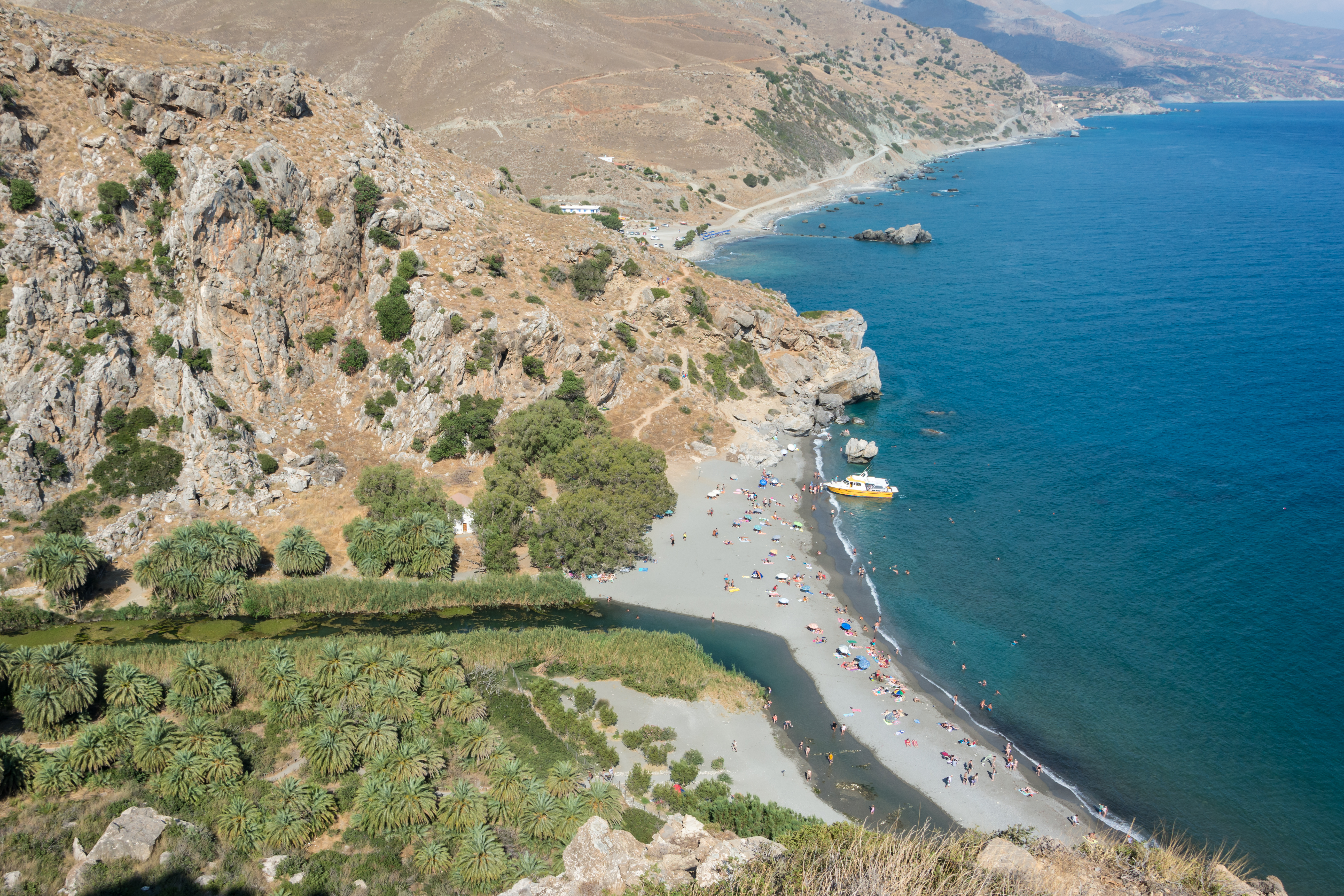