Whether you are a Hindu, a Jain, or just an interested person, you are probably familiar with the god Ganesha. Ganesha is one of the most famous and most celebrated deities in the Hindu pantheon of gods. He is the elephant god who is oftentimes depicted with a human body and an elephant’s head. At other times, he is depicted as completely elephant-shaped. Ganesha is used for serious reasons and for some un-serious reasons as well. He is a marketing tool as much as a religious figure. Because of his prominence, Ganesha has become a symbol of many things. That is why he is such a big attraction at the Khlong Khuen Ganesh International Park. 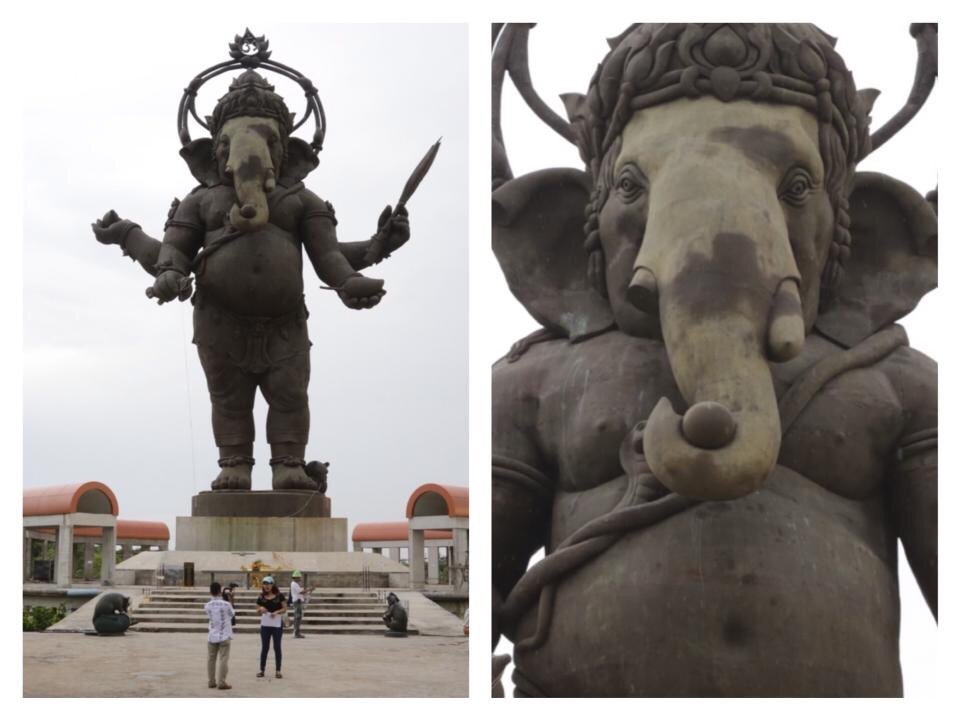 At the International Park, the statue of Ganesha is actually the largest bronze statue of the deity in the world. The statue stands 30 meters high. Ganesha is a figure that wasn’t always a deity in the Hindu pantheon, but rose to prominence in his own right during the fourth and fifth centuries. Worship of Ganesha is usually a daily part of life, but it is not the type of practice that is restricted to a certain time of day. The only real consideration is that one should find a quiet place to worship the deity. Unlike other pantheons, such as the religions of ancient Greece, the different deities are not known by different names based on where they are located. For example, the Athena statue in Delphi might refer to Athena by a different name. There are three Ganesha statues in Chachoengsao that all represent the same deity. The statue could be called Ganesh Chachoengsao or พระพิฆเนศฉะเชิงเทรา, but typically it is just referred to as Ganesha.

As stated earlier, Ganesha worship is supposed to take place in a quiet place without distractions. Typically, he is thought of as the god of removing obstacles as well as the god of the arts. Those who are going through some kind of hardship or are experiencing some kind of difficulty often turn to Ganesha to ease their way forward.

If you’ve never been to Thailand, the Khlong Khuen Ganesh International Park is a great place to visit. It is a part of Thailand that is so indicative of the culture and climate of the country. Thailand is a very warm country with very wet rainy seasons. If you are visiting, it would be advisable to visit when it is not raining so much; however, many people find that they enjoy the rainy season. For all of its inconveniences, the rainy season is not as hot as a sunny summer day.